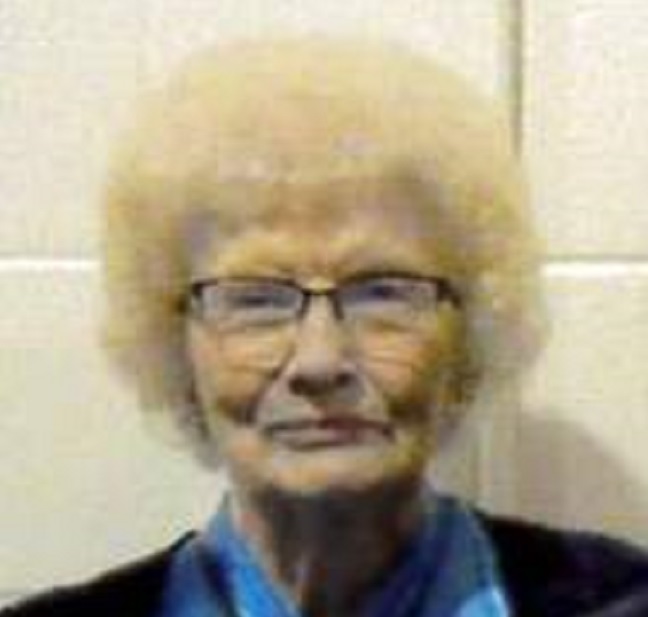 Ardith May Blazanin of Perry passed away Aug. 28, 2017, at the age of 89 in the Perry Lutheran Home. She recently had a traumatic brain injury due to a fall at her home.

A Celebration of Life service will be held Sept. 9 at 2 p.m. at the First United Methodist Church in Perry, where Ardith was a long-time member.

She was born in Carroll, Iowa, May 22, 1928, to Lawrence Benjamin and Reva Elizabeth (Hilgenberg) Purcell.

Ardith spent many years in Dawson, where she graduated with a class of six in 1945.

She married Marco Blazanin, who was from the Moran/Woodward area. They lived in Perry for more than 60 years and raised two sons, Michael (deceased) and Steven of Bloomington, Minn.

Mike was married to Jan Burkhead at the time of his death. Steve is married to Mary (Foslid), and they have four children, Michael, Scott, Gina and Amy.

Ardith adored her grandchildren and loved them dearly as well as her nephews and nieces and their children.

She was preceded in death by Marco and Michael and by siblings, Harold, Helen and Larry.

She is also survived by one sister, Sharon Elliott of Jamaica; two sisters-in-law, Sharon Purcell of Phoenix, Ariz., and Helen Aarons of Madrid as well as the children, grandchildren and great-grandchildren of these three dear women.

In lieu of flowers, memorial contributions may be made to the American Heart Association.

Condolences for the family may be sent or left at Murdock Funeral Home.