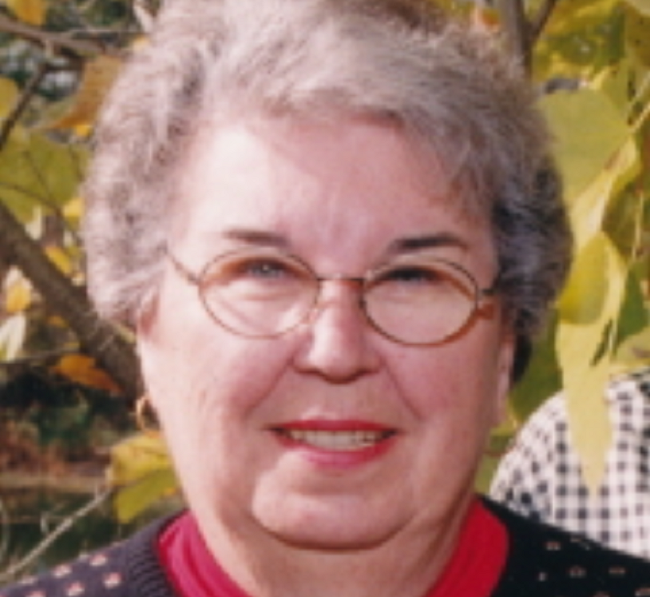 Audrey Stetzel was born May 11, 1939, in Jersey City, New Jersey, to Edward and Katherine (Paullina) Lynapp, and she celebrated her entrance to her heavenly home Dec. 25, 2019.

Audrey grew up in Jersey City and graduated from Henry Snyder High School in January 1957.

She met the love of her life, a young man from Iowa who was serving in the Coast Guard, at the local skating rink. She married William Stetzel May 4, 1957, in Jersey City.

They spent the first few years of their married life residing in New Jersey, but the farm life called them back to Iowa in 1963.

Although she was far from her roots, Audrey accepted and embraced the role of “farm wife.” She even grew to love and call Iowa her home!

It was on the farm that Bill and Audrey raised their children, Karen, Lori, Douglas and Keith.

Audrey learned how to garden and preserve its bounty from her Iowa family and even became quite an expert at butchering chickens for her family to enjoy throughout the year.

Her family was her greatest joy! She and Bill never missed their kids’ sporting events or school activities. They spent many hours warming the bleachers at football, basketball, wrestling and track events.

When the grandchildren came along, Audrey not only cheered for the Guthrie Center Tigers but also became avid Perry Bluejay fans. She was also a loyal New York Dodgers and Iowa State Cyclones fan.

Audrey was an accomplished seamstress and made many of Karen and Lori’s clothes when they were growing up. As her grandchildren graduated from high school, she made keepsake tee-shirt quilts for them. When each grandchild and great-grandchild arrived, she welcomed them with a knitted or crocheted blanket.

Working with her hands, especially quilting, was certainly a passion, and she even entered a few of the dozens she made at the Guthrie County Fair.

Throughout her lifetime, Audrey enjoyed working as a secretary at Audubon Wholesale Vet Supply, Beverly Wild Law Office and the Guthrie County Assessor.

However, she didn’t spend all of her time working. She did find time to enjoy golfing, bowling, playing cards and spending time with family and friends.

Audrey was an active member of the Bowman Chapel United Methodist Church for more than 50 years, serving as a church organist for many years, as financial secretary and as their representative to the Guthrie Center Association of Churches.

For several years, she spent many Wednesday afternoons quilting with her friends at the church. She loved her church family and rarely missed a Sunday until she became a resident of the New Homestead.

Audrey was also a proud member of the Team Wichita Relay for Life and helped them raise thousands of dollars to fight cancer!