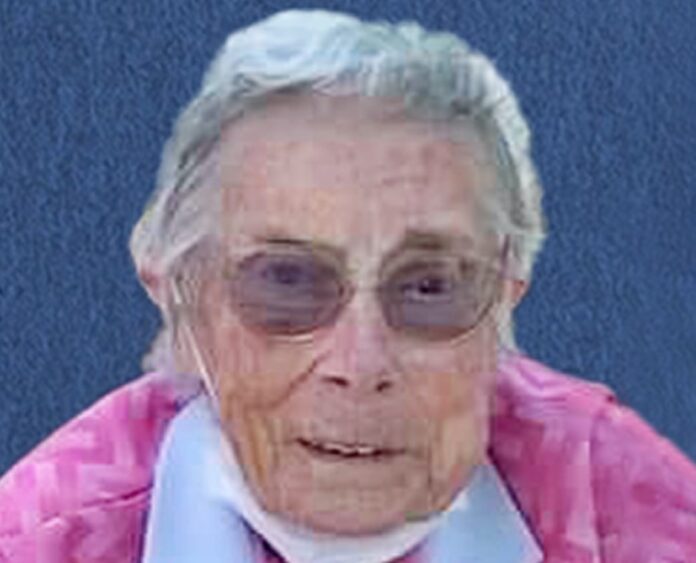 Bernadine L. Ritter, 90, of Woodward passed away Sunday, Jan. 17, 2021, at the Granger Nursing and Rehabilitation Center in Granger, Iowa.

Bernadine was born Sept. 9, 1930, in Lancaster, Missouri, the daughter of James Arthur and Opal (Armstrong) McNary.

She received her education in country school near Downing, Missouri, and at the age of 16 was married to Gerald Ritter. They first made their home in the Centerville and later the Cincinnati, Iowa, areas, where Gerald worked as a hired hand.

They later moved to Woodward, and Bernadine worked at the Woodward Pharmacy as a clerk and running the fountain and grill area. She later took a job with the Woodard State Hospital, working in the housekeeping area until her retirement.

Bernadine was active in the Woodward United Methodist Church and helped with the Woodward Meals on Wheels program.

She enjoyed her monthly get togethers with the Breakfast Club as well as her Bingo nights, gardening and working puzzle books.

She was preceded in death by her parents; husband, Gerald; two sons, Roy and Ray; a grandson; a great-granddaughter; a sister, Bernice; and a brother, Gary.

A Memorial Service will be held at a later date at the Woodward United Methodist Church, with burial in the Woodward Cemetery.

Sundberg-Kirkpatrick Funeral Home is in charge of arrangements.