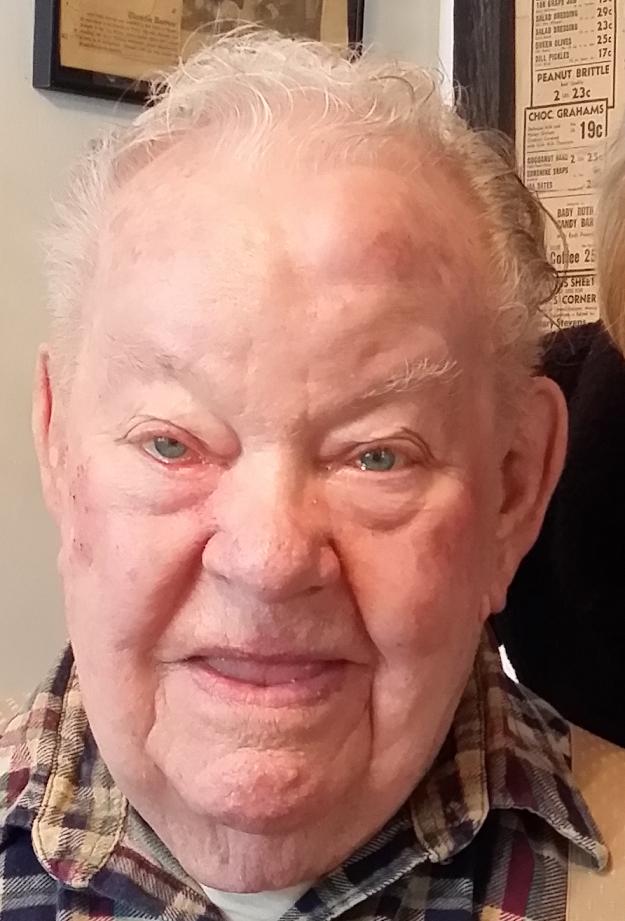 Billie Weddle, 89, of Dawson passed away Sunday, June 19, 2016, at the Panora Nursing and Rehabilitation Center in Panora, Iowa.

Funeral services will be held Thursday, June 23 at 10 a.m. at the Dawson United Methodist Church in Dawson. Visitation will be Wednesday, June 22 from 1-7 p.m., with family present from 5-7 p.m. at the Carris Family Funeral Home in Perry. Burial will be in the Dallas Township Cemetery near Dawson.

He attended school at Dawson.

He was united in marriage to Mary J. Cofer at the First Christian Church in Perry June 11, 1949.

He began working at the Weddle Garage in Dawson before joining the Navy in 1944.

After being discharged, he returned home and began working for Kelleher Motors in Perry and also B. D. Laughery in Bayard. He moved to Cheyenne, Wyo., and worked for Terrill Motors for a short time before moving back to Iowa to work for the Dallas County Road Department.

He was a member of the United Methodist Church of Dawson, the Rippey American Legion Post #583 and the Dawson Volunteer Fire Department.

He lived in Dawson most of his life and knew a lot of town history and enjoyed telling stories. He also liked to have fun and was a jokester.