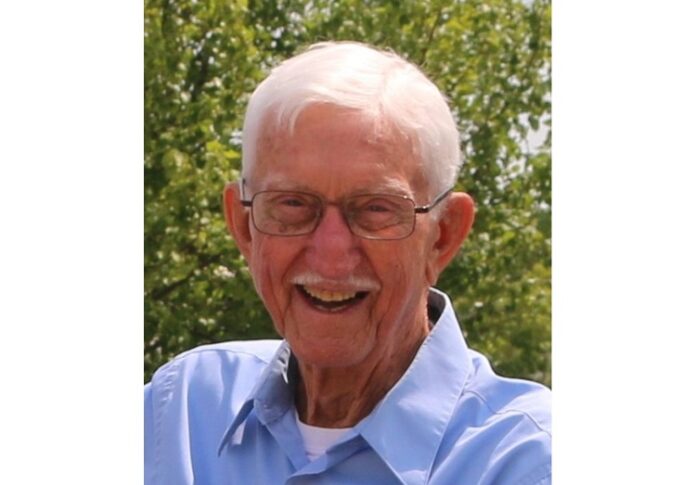 Dan graduated with the class of 1946 from Glenwood High School.

After graduating he entered the U.S. Navy June 18, 1946, and was discharged April 9, 1948. He served on the USS Astoria and was awarded the World War II Victory Medal.

Dan worked for Safeway Stores Inc. until 1963, when the family moved to Perry with United Foods Market.

He and Teresa opened the Perry Sears Catalog and Appliance Store in August of 1969. They owned and operated the store until their retirement in April of 1993.

Dan was a lifelong member of Perry Elks Lodge and a member of St. Patrick Catholic Church.

Dan was preceded in death by his parents; his wife, Teresa, on Feb. 23, 2007; one brother, Clifford Moyer; one sister, Betty McEntyer; and a son-in-law, Roger Herrick.

Graveside military honors for Dan are planned for 10 a.m. Saturday, Oct. 24 at the Violet Hill Cemetery. The Rev. Luis Mejia will officiate. Masks and social distancing are recommended.

Memorials and condolences to the family may be sent in Dan’s name to Murdock Funeral Home in Perry.

The family would like to thank the staff at VA Central Health Care for all their loving care.