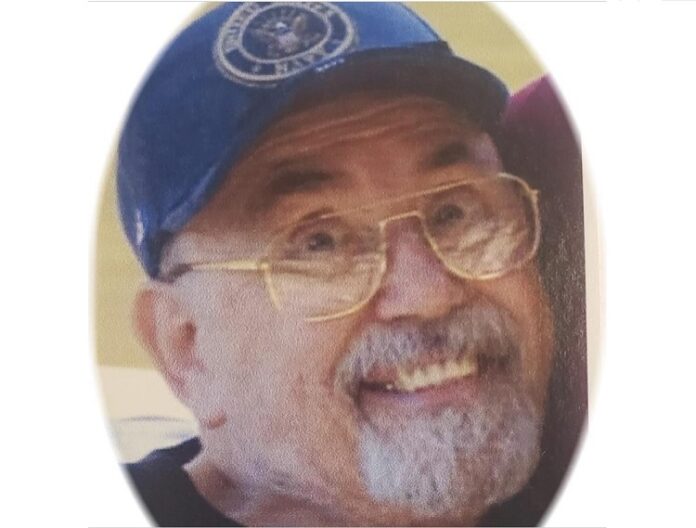 Graveside services for Darwin L. “Mac” McKee, 74, of Perry will be 10:30 a.m. Saturday, April 24, 2021 at Violet Hill Cemetery. A Celebration of Life and lunch will follow at the Perry Elks Lodge.

Since Byron was a 21-year military veteran, he grew up in California, Panama, Florida and Virginia. The family moved to Perry in 1961.

In 1964 Darwin joined the U.S. Navy. He served in San Diego with base police and then a tour of duty in-country in Vietnam on Camp Tien Sha near the Da Nang area with Camp Security, under Monkey Mountain , alongside Son Sa village and China Beach.

He got to dance with Ann Margaret on stage on the Camp in 1966. His last duty station was on the USS Loyalty MSO 457 out of Long Beach as a Gunner’s Mate Third. Loyalty was a wooden-hull minesweeper. Darwin was honorably discharged in December 1967. To all his military people, he was just known as Mac

In 1968 he was united in marriage to Vicki Sue Gibson. To this union a precious daughter was born in 1973, Stacy L. McKee.

The family returned to Perry in 1977, and he joined the family business, McKee Jewelry Inc., with dad Byron and brother Roger Scott McKee.

In 1993 Darwin was united in marriage to his loving soul mate Terry E. Shannan.

He was preceded in death by his parents; grandparents; most aunts and uncles; cousins; and first wife, Vicki.

Directions for watching the live stream of services:

1. Go to your web browser and type in www.facebook.com/hastingsfuneral
2. Or type in Hastings Funeral Home Perry, Iowa
3. Click on our funeral home website
4. Click on the blue bar that says WATCH VIDEO
It should say LIVE in red up in the left hand corner of the video