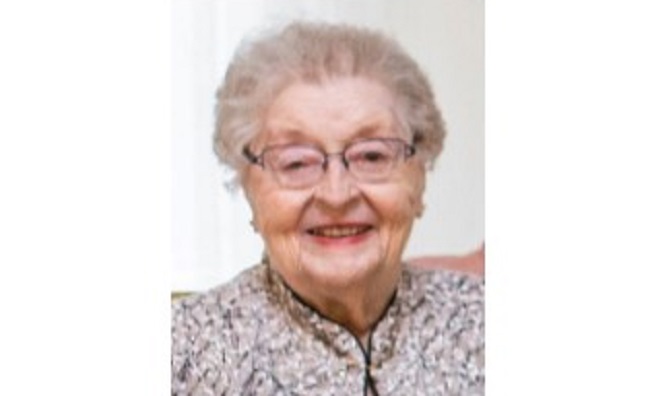 Memorial services will be held Tuesday, March 10 at 10 a.m. at the Perry Bible Church in Perry. Visitation will be Monday, March 9 from 5-7 p.m. at the Carris Family Funeral Home and Cremation Care in Perry. Burial will be in the Woodward Cemetery at Woodward.

Memorials will be given to the Raccoon Valley Pet Rescue and may be left at the funeral home. Online condolences may be sent at www.carrisfuneralhome.com.

She graduated with the class of 1949 from Perry High School.

After graduating, Delores worked at the telephone company.

She was united in marriage to Donald Myron Holcomb at First United Methodist Church in Perry April 27, 1951.

While he was in the military, Delores worked as a secretary at the base where he was stationed. Later she kept the books for Holcomb Pharmacy.

She was a member of the Perry Bible Church and Eastern Star.

Delores enjoyed her flowers, watching birds, travelling, watching football and the Wheel of Fortune, listening to music, going fishing and boating, especially on the ocean.

She and Don would go to the Ozarks to their cabin on the weekends.

Delores liked to take her Pomeranian named Gypsy with her everywhere she went.

After they retired, she and Don spent a lot time in Florida.