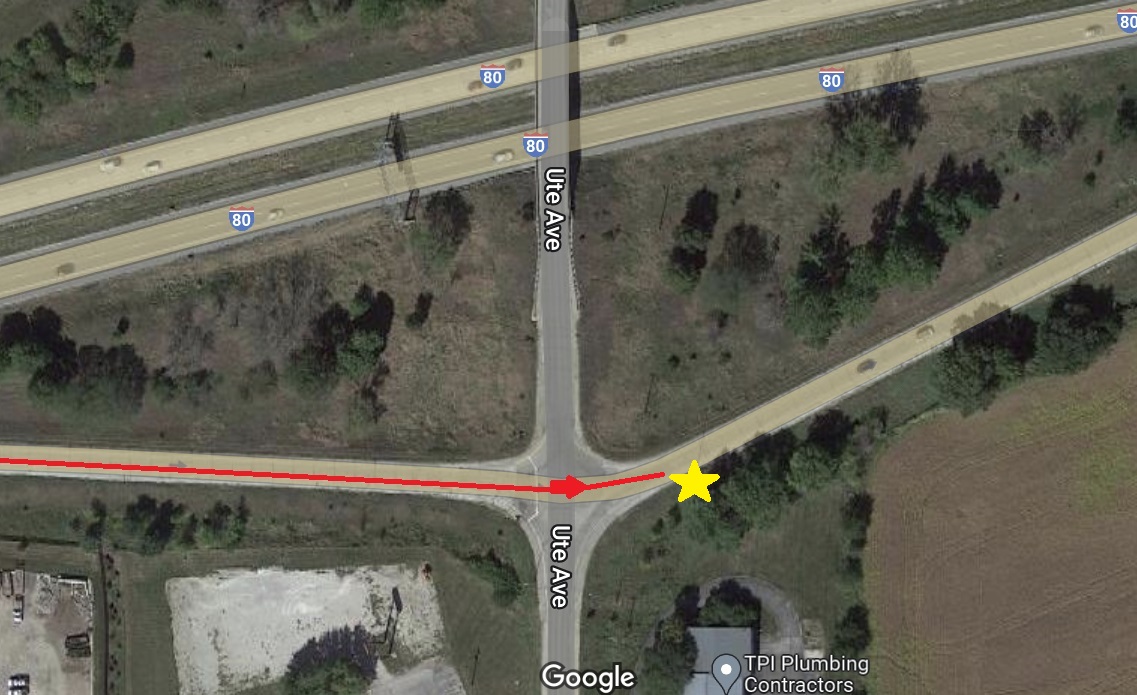 The incident began about 5:45 p.m. Friday on the eastbound U.S. Interstate 80 near the 113 mile marker in Van Meter, where an officer of the De Soto Police Department “did respond to assist a Dallas County Deputy on a traffic complaint,” according to court records.

The officer spotted a 2002 Chevrolet Blazer with no plates and activated the patrol vehicle’s emergency lights in order to initiate a traffic stop, but the Blazer, driven by Hanagan, “did fail to yield” to the emergency lights and instead made “a fast and unsafe pass around another vehicle, using the inside shoulder,” according to court records.

A chase ensued that reached 95 mph. Hanagan took the Ute Avenue off ramp and ran the stop sign at Ute Avenue, crossing directly over the street and onto the Ute Avenue on ramp of eastbound U.S. Interstate 80.

The chase came to an end with Hanagan’s eventually “losing control and rolling over into the ditch on the I80 eastbound on ramp at mile marker 117,” according to court records.

One block of Willis Avenue closed until Saturday