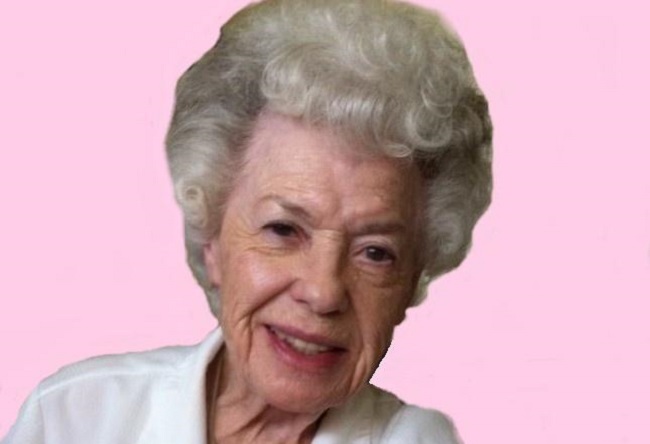 Growing up in the adversity of the depression years of the 1930s helped shape the resilient character that would serve Doris well for the rest of her life.

Following her graduation from Perry High School in the spring of 1940, Doris went to Washington D.C. to live and ultimately to work for the war effort.

On Oct. 25, 1942, Doris married her high school sweetheart, Jack Lientz, in Bethany, Missouri, while Jack was home on a short leave from the U.S. Navy. After the war, Doris and Jack came back to Perry to work for her father’s hatchery business. A few years later, they had two sons, Jeff and Mike, and lived happily until Jack’s untimely death on Dec. 3, 1954, at the age of 32.

Doris found love again and was united in marriage with Virgil Pantier on May 1, 1960, at the First Christian Church in Perry. With the addition of Virgil’s son and daughter, Bill and Mary Ann, they became a family of six.

Doris and Virgil had 48 great years together until Virgil’s death on March 9, 2008.

Doris lived at her home, which she dearly loved, until the age of 94, at which time she moved to the Rowley Memorial Masonic Home in Perry, where she ruled with grace and charm until God called her home on Sept. 13, 2020.

Doris had many things in her life that she enjoyed and loved, but the greatest love was for her children, grandchildren and great-grandchildren. Words fall short to describe the loss that her family feels. She was such a beautiful soul, touched so many lives and will be dearly missed.

A Celebration of Life funeral service will be 11 a.m. Saturday, Sept. 19 at the First Christian Church in Perry. Burial will follow the service at the Violet Hill Cemetery. Visitation will be one hour before the service starting at 10 a.m. It is preferred that masks be worn and social distancing be observed.

Memorials may be given in Doris’ memory to the First Christian Church. Online condolences may be left at murdockfuneralhome.net