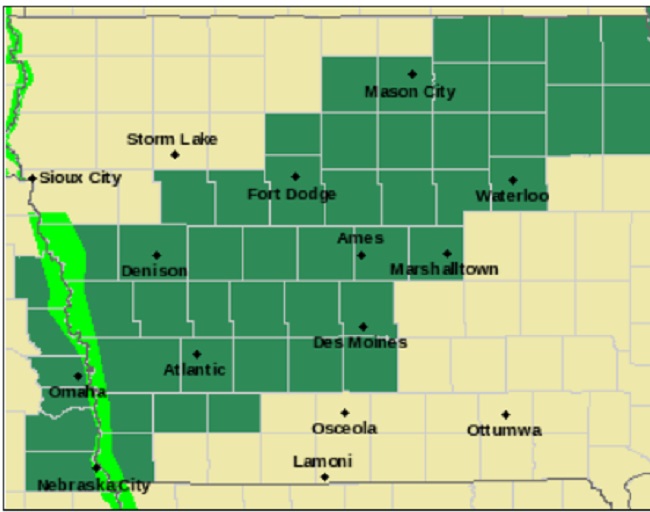 The National Weather Service (NWS) in Des Moines has issued a flash flood watch until Thursday afternoon for the Perry area and much of central Iowa.

Thunderstorms are forecast to develop Wednesday night, with training of storms expected in portions of Iowa. The training may lead to excessive rainfall in some areas and the risk of flash flooding, quick rises on smaller streams and flooding of low lying and poor drainage areas.

The threat of flash flooding will be most pronounced in urban areas, the NWS said, and will persist into Thursday morning as the storms sink gradually southward through the state.