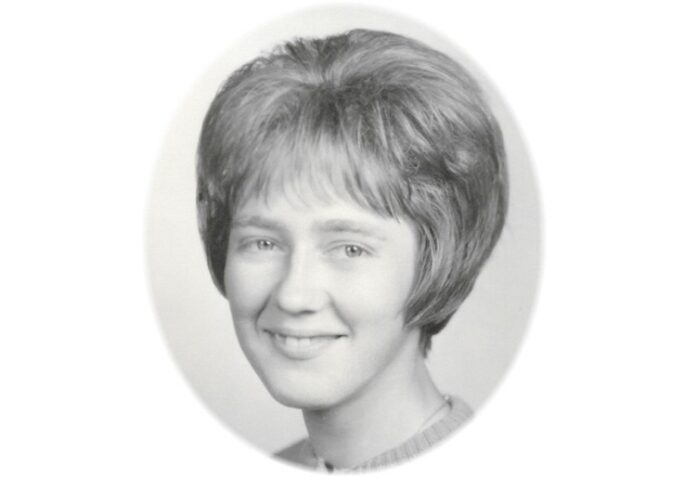 Gary Hall played music. Recorded music included “My Dad” by Paul Petersen, “My Girl” by
the Temptations, “Who I Was Born To Be” by Susan Boyle, “From This Moment” by Shania Twain and “I’ve Had the Time of My Life” by Bill Medley and Jennifer Warnes.

Following the service, was a luncheon was provided by the Central Christian Church Ladies.

Interment will take place at the Scranton Cemetery in Scranton, Iowa. Hastings Funeral Home in Jefferson was in charge of these arrangements.

Gail Ann Blum, daughter of Gail Ambrose and Mildred Churchill Ambrose, was born July 9, 1950, in Jefferson, Iowa, and died March 17, 2021, at the Mercy One Medical Center in Des Moines, Iowa.

Gail grew up in Scranton and graduated from Scranton High School in 1968.

After graduation, she got a job as a residential treatment worker (RTW) at the Woodward State Hospital.

On Oct. 25, 1969, Gail married the love of her life, Dennis Frederick Blum, at the Scranton Church of Christ. The couple was blessed with a daughter, Amy.

The family lived in Grand Junction for about 13 years before moving to Jefferson.

She loved her family, but most of all being a grandmother to Eli, whom she loved with all her heart.

Gail was a member of the Central Christian Church in Jefferson.

She worked as a RTW for 37 years before retiring in 2005, and then worked at Kum and Go for five years.