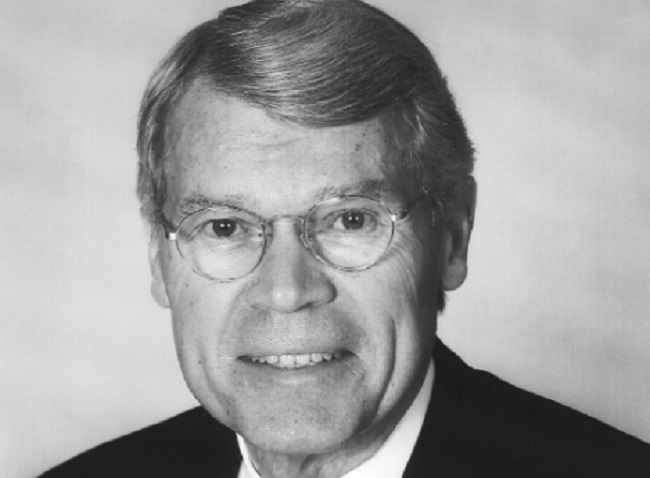 Dr. Gaylord F. Tryon of Johnston passed away of sudden multiple health conditions March 25, 2020. He was born in 1937 at home in Defiance, Iowa. Gaylord was the fourth child of Clarence and Dorothy Tryon’s 10 children, eight boys and two girls.

The family moved to Glidden in 1944, and Gaylord was enrolled in the Glidden Consolidated School District in the second grade. He graduated from Glidden-Ralston High School in 1955. Upon graduation, Gaylord attended Buena Vista College for two years and then transferred to the Iowa State Teachers College, now the University of Northern Iowa. He graduated from Iowa State Teachers College in 1959 with a B.A., majoring in physical education and minoring in driver’s education and biology.

Gaylord’s first teaching job was in Sac City, Iowa, teaching junior high social studies and driver’s education and coaching. His first administrative position was at Odebolt-Arthur as an elementary principal.

In 1987 the principals’ organization merged with the superintendents’ association to form what is now called the School Administrators of Iowa (SAI). Gaylord was appointed the first executive director of SAI and served in that capacity until his retirement in December 2000.

In March 2001 Gaylord started a new venture as a consultant to help school districts hire superintendents and building principals. This organization, G. Tryon and Associates, successfully completed more than 200 searches during his tenure as president and owner of the firm. Starting the organization from scratch and with the very able help of some trusted colleagues, Gaylord was very proud of what the organization was able to accomplish and the footprint it left on public school education in Iowa.

Gaylord devoted his entire life to modeling the qualities we all value: respect and love for his mom and dad, the importance of family, hard work, integrity, character, citizenship and a love for God and country.

He was a kind and caring person, whose quick wit and humor combined with his positive outlook to touch many. And, very important to Gaylord, he seldom missed an opportunity to vote in a local, state or national election and to display the American flag.

Gaylord was preceded in death by his loving parents, Clarence and Dorothy Tryon; and brothers, Ray, Bill, Dale and Larry.

A Celebration of Life will be held at Hamilton’s on Westown Parkway, 3601 Westown Parkway in West Des Moines. A date in late spring is yet to be determined. The arrangements and date will be announced in due course.

In lieu of flowers, any donations should be given to the Animal Rescue League of Iowa. Online condolences may be expressed at www.HamiltonsFuneralHome.com.