The years 1967 to 1971 were some of the most tumultuous years in American history, with the political assassinations of Martin Luther King Jr. and Robert F. Kennedy followed by the Kent State massacre in Ohio symbolizing the deep divisions in U.S. society.

With this social upheaval at home and the Vietnam War raging overseas, an Iowa teenager decided to enlist in the U.S. Air Force. For a four-year period, Bob Hunt served in a B-52 bomber unit at Wurtsmith Air Force Base in Iosco County, Michigan.

Bob served as a heating plant operator. For some years, he carried a sense of guilt over never having served in Vietnam until a fellow veteran reminded him that all service members played an important role in the war.

He also remembers how controversial the Vietnam War was at that time and how veterans were sometimes not welcomed back from the war with open arms. Over the years, that has changed, and Bob proudly wears his Air Force veterans cap.

Bob grew up in Waterloo, but for the past 33 years he has called Perry his home, raising two children in the area.

“Moving to Perry was one of the best decisions I ever made,” Bob said. “I raised two children here and it was great.”

After retiring from Dee Zee manufacturing, Bob began working as an adjunct welding instructor at the DMACC VanKirk Career Academy in Perry. He recently had the opportunity to participate in an Honor Flight from Cedar Rapids to Washington, D.C.

The Honor Flight Network is a non-profit organization created solely to honor America’s veterans for all their sacrifices. The organization transports veterans to Washington, D.C., to visit and reflect at their memorials.

Nearly 100 veterans from the World War II, the Korean War and the Vietnam War boarded the 0600 flight to the nation’s capital and spent the next 12 hours touring the various memorials on the National Mall.

From the police escorts to the welcome-back events at the airports to the letters from children, Bob remarked how honored he felt by his Honor Flight and that it was one of the best experiences in his life, right behind the birth of his children and his marriage to his wife.

When asked what was his favorite moment of the trip, Bob had difficulty choosing one.

“It was mind boggling to see the memorials and D.C.,” he said. “I never thought I would get an opportunity like this one. Can’t pick one.”

Bob said one impactful moment came when he was given letters from school children in Iowa who thanked him for his service.

Bob continues to give back to his country by being an active leader in the Boys Scouts and by helping to teach welding skills as a DMACC adjunct instructor at the Vankirk Career academy in Perry.

Bob highly recommends that veterans take the opportunity to participate in the Honor Flight. He said he is looking forward to Perry High School’s annual Veterans Day event, when he can reconnect with local veterans. 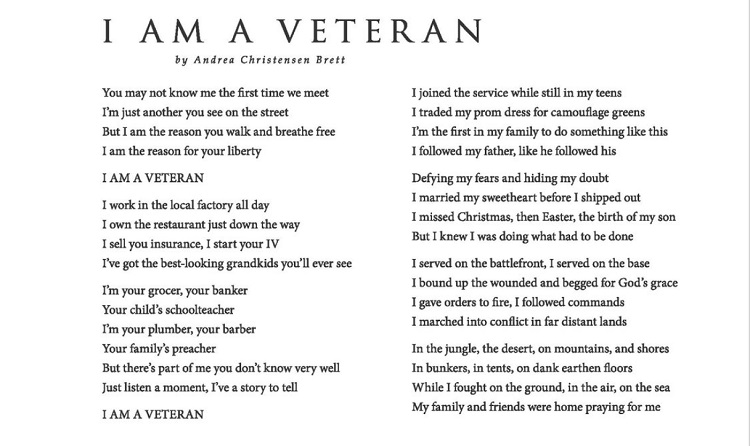 Quinlan Avenue to close for two months for widening