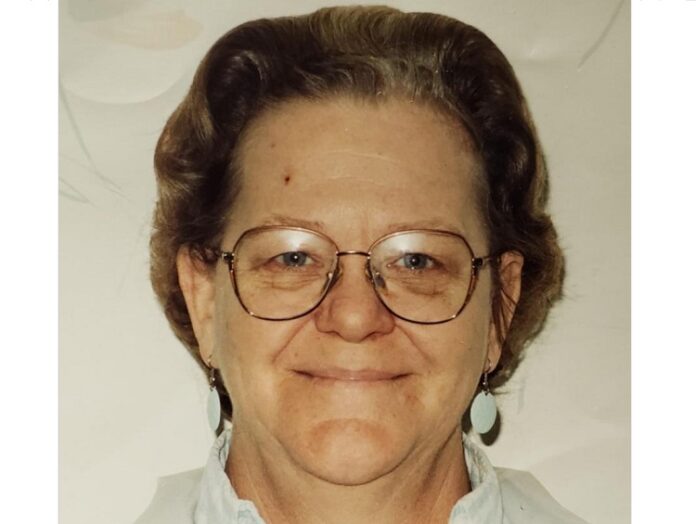 Inez Lorraine Stevens, daughter of Forrest Burl Hardin and Marie Leila Kuster Hardin, was born May 17, 1933, in Guthrie Center, Iowa, and died Feb. 24, 2021, at her home in Dana, Iowa.

Inez attended school in Guthrie Center and graduated in 1951.

She met the love of her life, Walter Franklin Stevens, and they were united in marriage Oct. 8, 1952. The couple had eleven children: Robert, Pam, Winnie, Evelyn, Jackie, June, Mary, Walt “Butch,” Forrest, Russ and Chris.

Inez and Walter lived in Tulare, California, where they worked on dairy farms, and they later lived in Perry, Boone and then Grand Junction.

Inez worked as a residential treatment worker for 15 years, and then she worked at Eastern Star for 20 years.

She enjoyed camping, reading books and visiting with her family and friends.

Hastings Funeral Home in Jefferson was in charge of these arrangements. Memorials may be sent to the funeral home at 1417 Second St., P.O. Box 204, Perry, IA 50220.