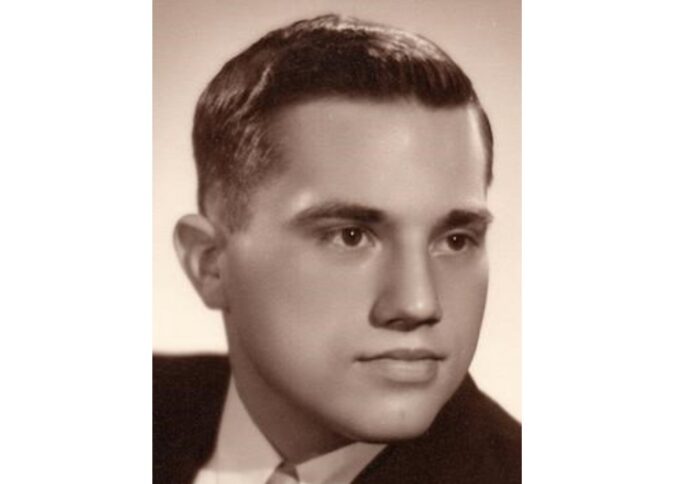 James W. Bellamy, 83, of Mount Vernon passed away Dec. 14, 2020, at the Dennis and Donna Oldorf Hospice House of Mercy in Hiawatha, Iowa.

Jim graduated from Des Moines Roosevelt High School in 1955. He was an All-State football player and a member of the mythical State football champs of 1954. Jim joined the .S. Marine Corps Reserve in 1955 and was a proud Marine. Once a Marine, always a Marine.

Jim attended Iowa State University for the 1955-1956 school year on an athletic scholarship before transferring to Cornell College in Mount Vernon, where he graduated in 1960. He was a football Little All-American at Cornell and named to the Cornell College All Century football team. His picture remains in the foyer of the Small Multi-Sports Center at Cornell College.

On Aug. 23, 1959, Jim was united in marriage to the love of his life and eighth grade sweetheart, Joyce Boyer. Together they moved to Schaller, Iowa, for Jim’s first teaching and coaching position for the 1960-1961 school year.

Jim moved the family to West Liberty, where he continued teaching and coaching from 1961 to 1965 and then moved to Perry in 1965 to continue the journey. The final stop was Mount Vernon in 1970. He taught physical education and science until he retired from teaching in 1999.

His coaching career continued in Mount Vernon through 2006. After retiring from Mount Vernon, he coached one year as an assistant coach at North Cedar High School in Stanwood.

Jim was well respected as a football coach for his fundamentally sound and disciplined football teams. He was voted into the Iowa High School Coaches Hall of Fall in 1985 and the Head Coach of the 1997 Shrine Bowl.

He was preceded in death by his parents; wife, Joyce; daughter, Amy; and sister-in-law, Judy.

Arrangements are being handled by Cedar Memorial Park Funeral Home in Cedar Rapids. At Jim’s request, there will be no service, and the family is not receiving flowers. Memorial donations may be directed to the Cedar Valley Humane Society or Southeast Linn Community Center. Online condolences are welcome at www.cedarmemorial.com.