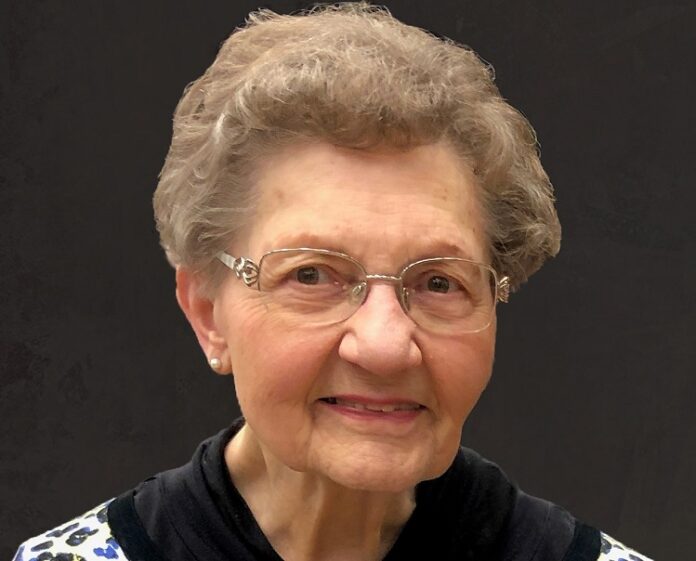 Jan was an elementary teacher in the Perry Community School District for more than 25 years.

After retiring, she and Dick enjoyed traveling to such scenic destinations as Alaska, Australia, New Zealand, Russia and Scandinavia.

Jan also enjoyed serving her church, the First United Methodist in Perry, and being active in ch. DE of P.E.O.

Her baking skills were top-notch, particularly her chocolate-chip oatmeal cookies.

Jan was devoted to her family, always supporting the activities of her children and grandchildren.

Jan was preceded in death by her parents; husband; sister, Cora Marlene; and son-in-law, Marley Sheets.

A memorial service will be held for Janet Lowe at 11 a.m. Friday, March 19 at the First United Methodist Church in Perry. Burial will follow at Violet Hill Cemetery. Due to COVID-19, masks must be worn and social distancing observed.

Memorials in Jan’s name may be directed to the First United Methodist Church in Perry. They may be sent to Murdock Funeral Home, 1420 Warford St., Perry, IA 50220. Online condolences may be left at murdockfuneralhome.net.