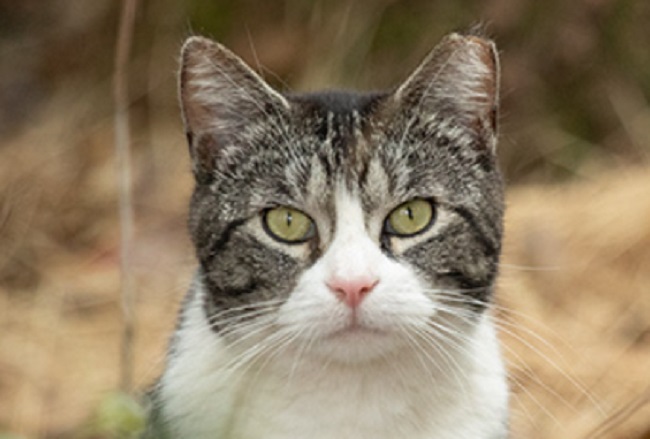 JEFFERSON, Iowa — Jefferson Mayor Matt Gordon averted what could have been a very heated discussion about unowned cats at the July 14 city council meeting, saying the document sent to the council, titled “Cat policy for discussion,” is not a fleshed-out policy yet but only notes on something the council is continuing to work on.

“While it is notes, we realize there’s some wording in there that leaves things up for interpretation,” Gordon said.

The policy “notes” included allowing a property owner who catches a cat on his property “to do with the cat as they see fit.” The phrase, “Take them out of town,” appears three times in the notes, as well as “removed from city limits,” and “Humane euthanasia” appears five times. There are no references to any trap-neuter-release (T-N-R) program.

“From the very get-go when we started talking about this,” Gordon said, ‘we’re talking about humanely treating these animals. Where it says, ‘take them out of town,’ that refers to a barn cat program we’ve talked about. It doesn’t specifically say it here, but these are notes, ideas down on paper.”

He said people had “jumped to a conclusion” that the policy suggested taking cats out to the country. “That’s never what we’ve been about,” Gordon said. “Yes, we’re talking about humane euthanasia and T-N-R. We’re trying to get something honed down that works for everybody.”

Aside from council member Dave Sloan saying 25 minutes into the discussion that the references to taking cats out of town was a “mis-wording,” Darren Jackson was the only council member to speak. Council member Matt Wetrich, who has been very vocal about his desire to decrease the number of community cats because of the harm they sometimes do to songbirds, was silent during the hour-long discussion, and council members Harry Ahrenholtz and Pat Zmolek also said nothing.

Jackson and Sloan are on the council’s cat committee. Jackson has suggested a T-N-R program in the past. He read from a prepared statement, saying he favors some form of T-N-R, calling it “a viable alternative to doing nothing.”

He said the “cat problem could and should be solved with responsible pet ownership. People who do not spay or neuter and keep their pets under control are being irresponsible, and they are the problem, period.”

Jackson suggested the city should support a T-N-R program in some way for at least two years. He’s against a policy that gives tacit permission to euthanize domestic animals. He’d also suggests rehoming as many cats as possible to farms, but those cats would be altered first.

Linn Price of Animal Protection and Education (APE) told the council she conducted T-N-R of three colonies – about 50 cats, but not 100 percent of them – before the COVID-19 pandemic reached Iowa. Price said she used grant funds obtained by the People for Animal Welfare Society (PAWS), which also helped facilitate contact with the residents feeding the colonies.

The grant funding dried up with the pandemic. Price said no more kittens have been born in two of the three colonies. She estimated the 50 cats compose about one-fourth to one-third of the community cats in Jefferson.

Tom Colvin, chief executive officer of the Animal Rescue League of Iowa, also addressed the council. Based on the comments of Gordon, Jackson and PAWS volunteer Angela Milakovich, Colvin said the council “is most of the way to coming up with something,”

He said he has seen very successful T-N-R programs. “You have all the elements,” he said. “I don’t think we had the buy-in in Des Moines that we see here.” Colvin advised the council to create a task force if it wants to see effective change, and he suggested using the expertise of the ARL, APE and Alley Cat Allies in developing a T-N-R program.

Vanessa Heenan, director of the Boone County Humane Society, also spoke and offered to help with a T-N-R program. She said colony caretakers should be given an affordable way to have the cats they feed microchipped. She said Jefferson is at a disadvantage in having to rely solely of volunteers in its animal welfare issues.

Heenan and Price both said one big advantage to a T-N-R program is that cats are vaccinated while they’re being altered and that only healthy animals are released. Should an altered cat bite a human, there’s assurance the cat is not carrying rabies.

Two colony feeders spoke at the meeting. Kathy Cranston said she’s very thankful that APE and PAWS helped her get some of the cats she feeds altered. She enjoys the outside cats, she said, but prefers altering to the fate some of the cats meet.

“I’d rather have them not born than get hit by a car in the street or get sick,” she said.

Janet Meiners gave an was emotional explanation of how feeding one stray cat evolved into feeding many cats. She said people about two blocks from her lost a yellow cat. Two weeks later, a stray, skinny, yellow cat showed up at her house. “I couldn’t get close to it, so I put out food,” Meiners said. “It hung out for a little, and I still couldn’t get close to it, and in the meantime, other stray cats showed up. They were not in real good shape, either. I didn’t have the heart to pull the food. Maybe I should have, but I couldn’t.”

One of the cats ended up having kittens. She asked PAWS to take it, but the cat was “spitty and hissy,” Meiners said, and PAWS wouldn’t accept it. The majority of the cats she feeds now are descendants of that cat. “Had the trap-neuter-release program been in place at that time, I wouldn’t have the situation I’m in. So not only do you have to get one (T-N-R program) started, you have to continually fund it. It has to be a year-long and an ongoing process. It will probably cost a lot to begin with, but then as the cats die off there will be fewer and fewer. I don’t care to see neighborhood justice for these cats,” she said.

The discussion ended without the council’s identifying a “next step” in the process. The council’s original policy proposal read as follows:

“It is not the intent of this proposal to eliminate a community cats [sic] without doing what is possible to ensure we are not euthanizing someone’s pet. The owner of the cat is to make sure the cat is taken care of. It is the intent to make sure cat colonies are managed and eliminated for the safety of the residents of Jefferson.

”A citizen using their own trap and catch a cat [sic] on their own property has the right to do with that cat as they see fit. This includes humane euthanasia or take them out of town. It is recommended to have the cat checked for a microchip. The city has no responsibility with this option.

“The city may provide a trap to confine cats on private property if the property owner believes there is a nuisance cat causing damage to their property. These cats will be checked for a microchip by the property owner. Non-microchipped cats may be humanely euthanized.

“If the cat has a microchip and an owner can be established the owner can pay applicable fees and get the cat back, it could be adopted, or the cat could be humanely euthanized or taken out of town. Any cost will be on the property owner.

“The city can trap any cat on city property. The PD will check all traps on city property twice daily, by 8 am and at 5 pm. These cats will be checked for a microchip and/or an ear notch. Marked cats will be logged and after the second time the cat is caught humane disposal will be considered and may be carried out, whether that is euthanasia or removed from city limits. If the cat has a microchip and an owner can be established the owner can pay applicable fees and get the cat back or the cat can be adopted or it could be humanely euthanized or taken out of town. This will be at the city’s cost.”

Victoria Riley is the editor and publisher of the Greene County News Online.

Perry side streets get smoother by the day