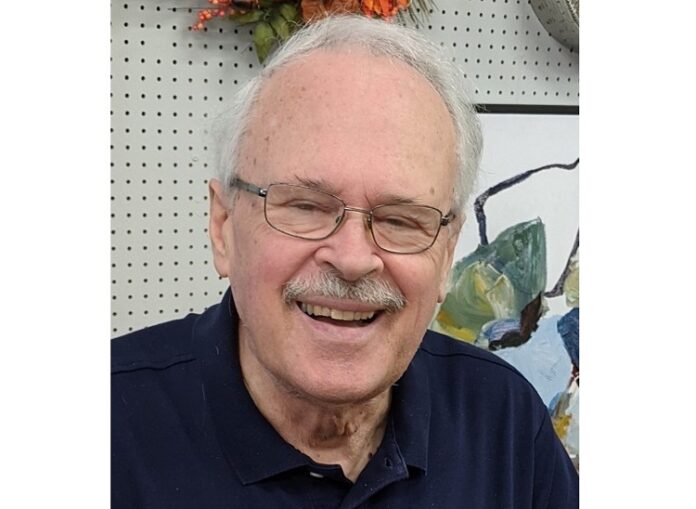 James (Jim) Barton Beckman, beloved father, son, brother and uncle, passed away Aug. 6, 2022, at the age of 75 after a battle with cancer.

A funeral service will be held at the Grinnell Christian Church Wednesday, Aug. 10 at 11 a.m. A reception and snacks with the family will follow the service at the Elks Lodge in Grinnell. Interment will be held at Violet Hill Cemetery in Perry, Iowa, at 4 p.m.

He grew up in Perry, graduating from Perry High School in 1965.

Jim went to Boone Community College, graduating in 1967. He was voted Mr. Boone Junior College in 1966.

Following college, he was a Vietnam-era veteran.

In 1971 Jim was united in marriage to Marcie Hagge. They had a son, Ryan James Beckman. They divorced, but together they were excellent parents to Ryan.

After moving to Grinnell, Jim went to work at Stadiums Unlimited in the sales department until Stadiums closed its doors.

In 1991 Jim opened Beckman Gallery in Newton. He opened a second store in Grinnell and continued with both stores for many years. He closed the Newton store but continued with the Grinnell store with the help of Cheryl Moredock, his longtime co-worker and friend, and the business continues after 31 years.

Jim will be remembered by so many people for his sense of humor, caring personality, loyalty, infectious laugh and smile and just being a wonderful gentleman and friend.

He was a remarkable father, always being supportive of Ryan.

Losing his parents at an early age made his relationship with his brother very special.

Jim’s acreage was where he felt at home, rebuilding there after a fire destroyed his home in 2018. He loved working in his yard amongst his many turtle figurines that he had collected over the years.

His neighbors were special to Jim, and he appreciated them in times of need and celebration.

The town of Grinnell will miss Jim. He is referred to as a “great guy, one of the best, sweet, gentle, kind, great friend,” and many other positive sentiments the townspeople have expressed.

Jim is survived by his son, Ryan; brother, Arlen (Tonya); two nieces, Katie (Jason) Thoren and Jessica (Tim) Cappiello; one nephew, Adam (Clara) Beckman; numerous great-nephews and a great-niece; one aunt, Lee Ann Peterson; and numerous cousins whom he loved and kept in touch with over the years. Family was especially important to Jim.

He was preceded in death by his parents, one uncle and two aunts.

Memorial contributions may be made to Jim Beckman Memorial and sent to Beckman Gallery, 912 Main St., Grinnell, IA 50112. Memories and condolences may be shared with his family on the Smith Funeral Home website at www.smithfh.com.