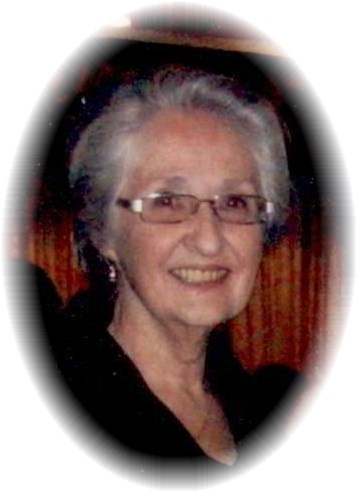 When a young child, Judy moved with her family to Bouton. In seventh grade she started attending school in Perry, graduating in 1960. Judy attended the Americana Academy of Beauty.

She worked for Essie Lewiston, Bill (Myra) Derry and for her mother, Fern. Judy always styled and cared for her own hair and all of her family.

Judy was married to Gary Walter Ellett on Dec. 20, 1964, at the First Christian Church in Perry. They were blessed with two children, Scott and Stacie.

Judy was a pharmacy technician for Gary at their Woodward Pharmacy. She was an accomplished artist and enjoyed painting and making jewelry. Judy was a great cook.

She was preceded in death by her parents; brothers, Kenneth and David Shearer; and sister, Barbara Shearer.

Judy’s memory will be forever cherished by her husband, Gary; son, Scott, and his wife, Staci, of Vilseck, Germany; daughter, Stacie Sanborn of Perry; grandchildren, Dakota Weesner and husband, Seth, and Colton Sanborn, all of Perry. She is also survived by her sisters-in-law, Judy Pace of Prairie Village, Kan., and Margaret Den Beste and husband, Harlan, of Perry; aunts and uncle in-law, Joanne Blankenfeld of Grinnell, Julia Davis of Oskaloosa, Doreen Tolle of Bella Vista, Ark., and Ron Tolle of Perry; nieces; nephews; many cousins, including Alma Hatfield of Norwalk; other relatives and friends.