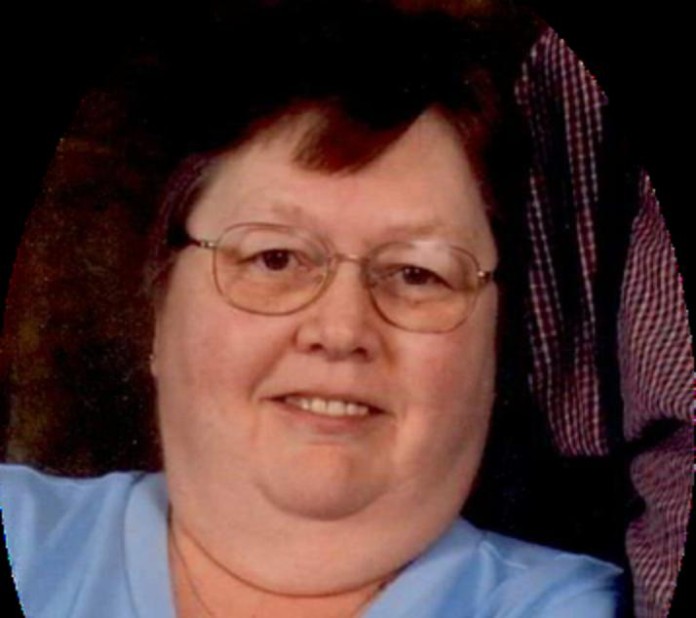 Hymns selected by the family were “In the Garden,” “Peace in the Valley: and “Happy Trails,” accompanied by pianist Elta Somerson and soloist Gary Haupert. Interment was at Peoples Cemetery in Bouton.

Karen graduated from Woodward-Granger High School in 1960. She later attended Methodist Nursing School in Des Moines. She graduated in 1963 with her Registered Nursing Degree.

Karen was united in marriage with Jerry Thornburgh Sept. 29, 1963, at the United Methodist Church in Woodward. They were blessed with two children, Pat and Shellie.

Following their marriage, Jerry and Karen moved to the McDowell farm in the Cooper area. Karen started working as an RN at the Greene County Hospital in Jefferson.

In 1965 they moved to Woodward. Karen worked for the Woodward-State Hospital School for one year and then at the Parkview Nursing Home in Woodward and later at the Perry Manor. Karen provided valuable help to Related Health Services.

After her retirement in 2000, she had more time to sew, which she loved. She was a talented seamstress, even making elaborate wedding dresses and veils for Shellie and Erin. Her granddaughters were well dressed in beautiful clothes she made for them. Karen made beautiful quilts and later had a quilting machine.

Her grandchildren loved playing board games with her.

She was involved with many crafts. Some of her favorites were Raggedy Ann dolls, Monkey dolls, Yoyo dogs and bears from fake fur.

She loved butterflies, the symbol for hope.

Karen was preceded in death by her parents; nephew, Tony Mansfield; and sister and brother-in-law, Judy and Dwight Mansfield.