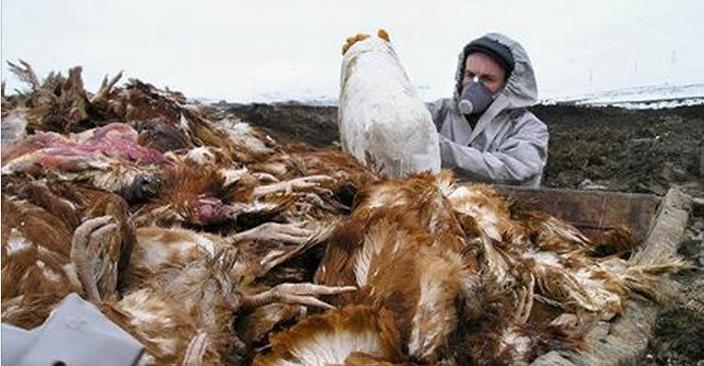 I recently overheard a conversation in Boone between a woman who asked a man who has a large contract chicken confinement if he is worried about bird flu. He replied, “Not really. They ain’t my birds.”

Such sentiments expose just what is wrong with this industrial system. They aren’t his birds. He confines tens of thousands of them on contract for a large corporation. He is not a farmer as understood in common parlance. He is a cog in the machine of industrial livestock production, just like all the animals under his charge, for whom he is but a paid manager.

He is so emotionally unconnected to this undertaking that he openly admits he doesn’t even care if they all die or are killed. That is shameful.

A real farmer would own his livestock and would be committed to the well-being of the animals who are the source of his livelihood. He would think of himself as a caretaker, a steward, an independent, honorable professional, not a hired-hand who gets paid even if all the “product” dies.

A real farmer would never say or even think such a crass thing. It would be shocking. It should be shocking. Confining is not farming. It is what is left when you strip away values like economic independence, ownership, dignity, common sense, responsibility and neighborliness and replace them with short-sighted, personal gain/greed. Don’t take my word for it. . . . Take his.

Letter to the editor: Questions raised about good man’s death

Letter to the editor: Jake would arrest teachers to avoid reality

Letter to the editor: Give your anti-sex censorship a break, Jake

Letter to the editor: Time to curb power of big business

Letter to the editor: New school board members pledge to Perry

Letter to the editor: Voter likes Diaz’ school board vision