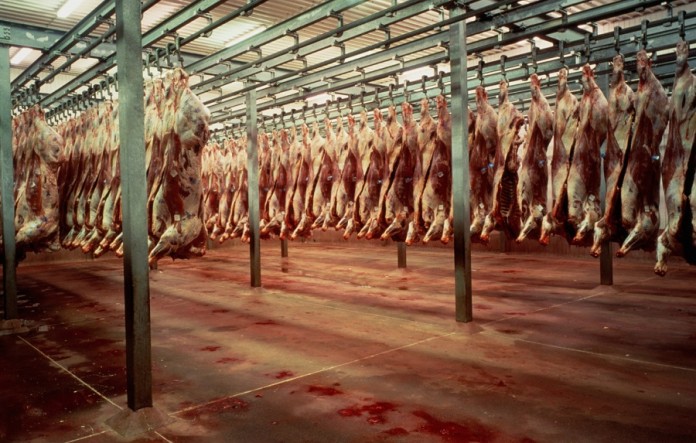 “I’d be a complete idiot if I told you that there’s not going to be any odor associated with the congregation of pigs,” said Ron Prestage in the Des Moines Register article about his company’s new packing plant slated for Mason City.

Hogs aren’t the only smell coming from this deal. Like Cargill, JBS, Tyson, Iowa Select and Smithfield, Prestage has been behind the spread livestock confinements (CAFOs) throughout our state for years.

Iowa’s leaders, after all, have enthusiastically made our state a beacon for vertically integrated, industrial livestock production by refusing to adopt any meaningful regulation or oversight of CAFOs, by striking down the ban on packer ownership of livestock and by denying communities the right to say “No” to these industrial facilities masquerading as benign agriculture.

Our elected officials, from mayor to the governor, are eagerly collaborating to extend nearly $30 million in tax rebates and other incentives to the nation’s fifth-largest hog producer in order to put a plant in the top hog producing state, where it can draw from its own inventory.

Prestage will provide half the animals processed at the plant. The rest will come from “independent” producers, a code word for contacts. There is nothing independent about owning a CAFO but not the animals within it, about being a price taker not a price maker.

Oddly, Mr. Prestage reminds us that consolidation within the meat industry has greatly reduced returns to producers and says his packing plant in Mason City will “fix that.” He is proposing to combat the ills of vertical integration by engaging in vertical integration.

Presage is not challenging the economic model that has destroyed human-scale, independent livestock production. It is employing that very model to better position itself within the industry, an industry that is ramping up capacity to meet the growing demand for animal protein in China.

Local leaders say the plant will have an annual economic impact of $750 million. This number is neither explained nor substantiated but offered both to pacify the public and draw attention away from what we can actually expect: a building boom in CAFOs across the state that will negatively impact rural residents’ quality of life, health and property values; more manure spills and fish kills; an influx of low-resourced, underpaid immigrant laborers with the attendant strains on public goods and services.

This Mason City slaughterhouse has nothing to do with the comeback of the independent hog producer or regional economic vibrancy. It has everything to do with industrial ag’s ongoing project of domination of our state as abetted by our politicians.

No, you’re no idiot, Mr. Prestage. Industrial profiteers like yourself have managed to fool Iowans into sacrificing their state to confinement agriculture, even though it stinks for our communities, our rural economies, our workers, our independent livestock production, our health and our environment.