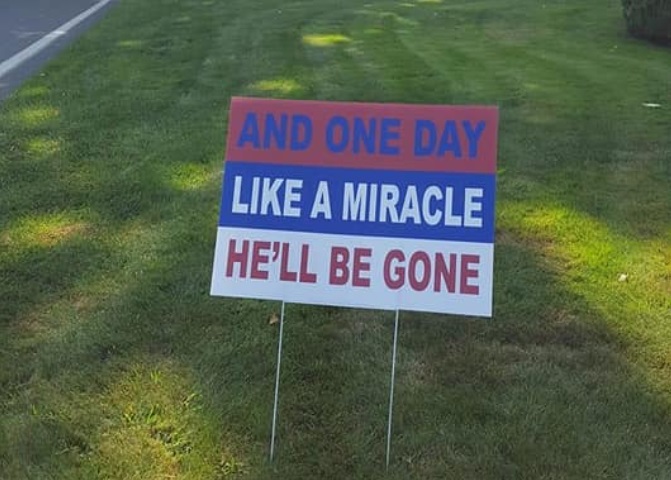 As a volunteer with Perry Area Democrats, I have been busy the last several weeks distributing yard signs promoting our Democratic candidates.

Unfortunately, I have been extra busy because someone keeps stealing Biden signs.

I think it’s logical to lay the blame on a Trump supporter (or supporters) since it’s typically his opponent’s signs that are taken. It’s ironic that a supporter of the “law and order” candidate keeps committing these criminal acts.

Sadly, it’s not surprising. Since Trump took office, eight of his associates have been found guilty of committing various crimes, and Trump himself blackmailed a foreign country by withholding Congressionally approved aid unless that foreign country helped him by digging up dirt on his political opponent.