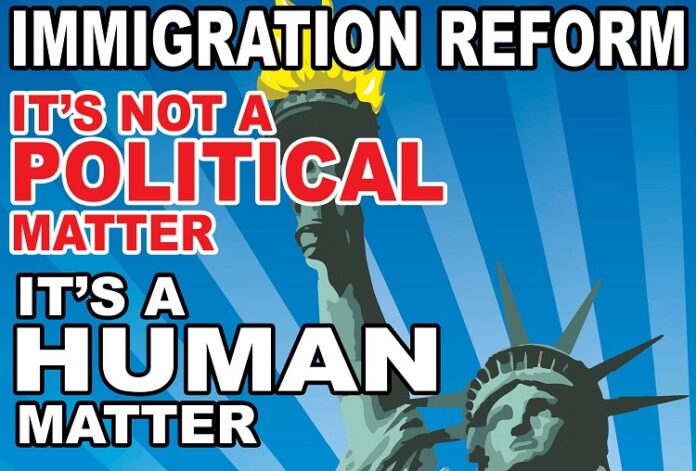 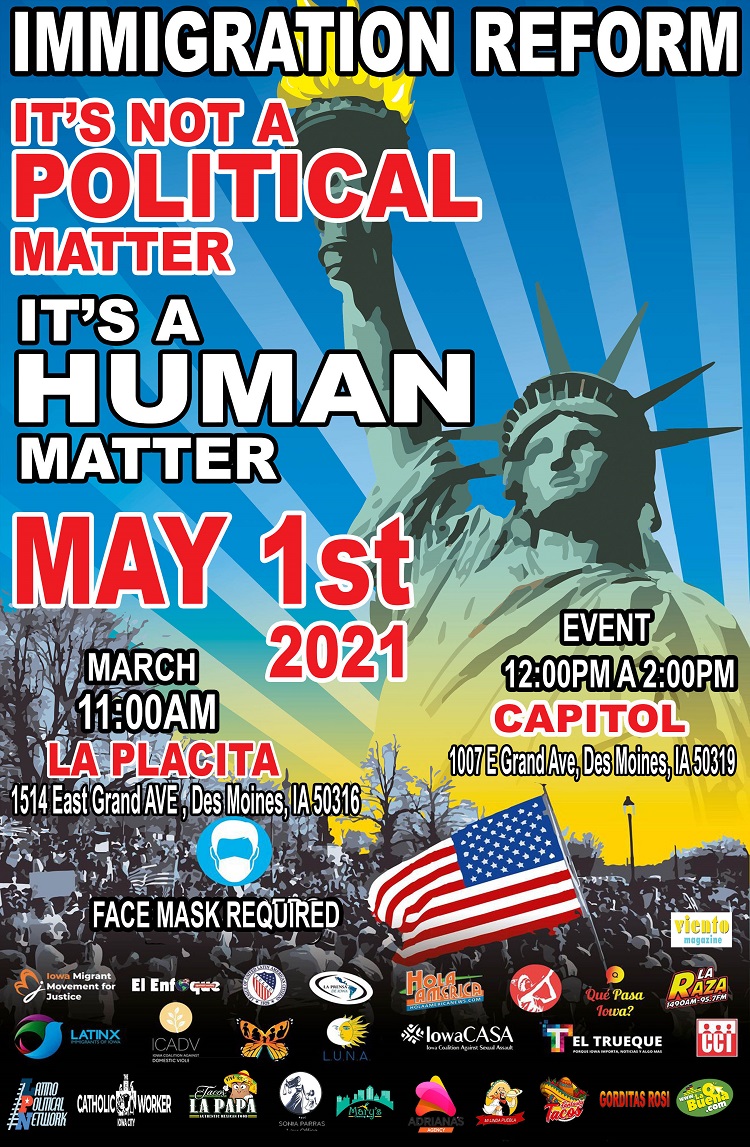 Join us May 1 in Des Moines to tell the Biden Administration that we are 100 days in and immigration reform is long overdue.

The Immigration Reform Now march and rally is an action in support of legislation introduced by President Joe Biden, Senators and Congressmen that seeks a path to
legalization of more than 11 million people, including people with DACA, TPS and essential workers.

At 100 days in, President Biden has done away with many of Trump’s harmful policies and practices, reverting to much of what we had under Obama. Immigrants and immigrants rights activists welcome some of these changes but know it is not nearly enough.

We want to acknowledge the positives that have happened in these 100 days but also acknowledge that President Biden has not fulfilled his promises. We wan to and point out the harmful actions that have occurred: Detention centers are still separating families, and we’ve even seen the reopening of facilities previously closed. We have seen unnecessary increases to CBP and ICE funding and the deportations continue.

We have six demands for the Biden Administration and Congress:

Immigration Reform Now is not a political issue but a matter of humanity. It’s time to be bolder than we’ve ever been. Ending Trump’s policies is a positive step, but it is not enough.

The Saturday, May 1 Immigration Reform Now event hope to bring together our entire immigrant community — with or without documents — and our allies in solidarity calling on Biden and Congress to act now!

The march will begin at 11 a.m. Saturday at 1514 E. Grand Ave. in Des Moines and will proceed to the Iowa State Capitol at 1007 E. Grand Ave. for a noon rally. Please wear a face mask and carry only American flags.