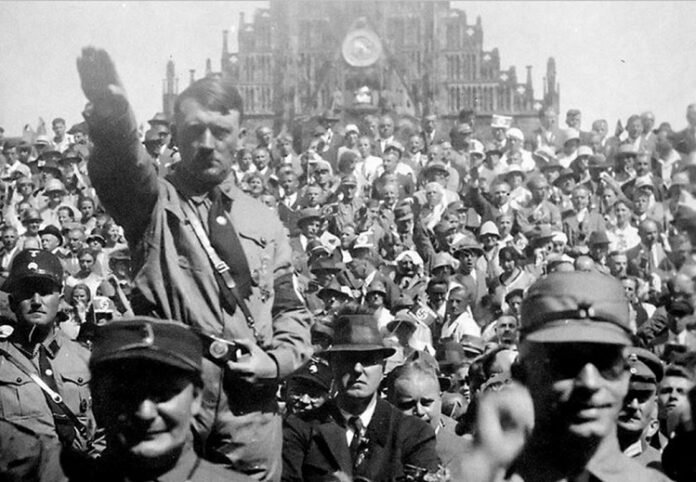 A recent letter proudly, if erroneously, proclaimed “Libertarian wisdom” in calling for the withdrawal of the U.S. from NATO. As an 18-year U.S. Army veteran and having served seven years in what was West Germany, I write this in order to refute both the stated desire to withdraw and the self-proclaimed “wisdom” of the Libertarians.

First, we should address the origins of NATO. A three-point purpose was stated as NATO’s “charter.” Those three points are:

The first point stands front and center as it pertains to the current Ukraine crisis. With the dissolution of the USSR, the entire European continent is a changed picture from that of 1949 when NATO was formed.

While there is no more Soviet Union, there is still a very belligerent Russia. Putin is a former KGB operative and from “the old state” state of mind. While he has yet to actually invade Ukraine, I would submit that should he, it would be little different from Iraq’s invasion of Kuwait.

The second point calls for us to reexamine the isolationist policies of the U.S. throughout the 1930s. Had those policies persisted, and they nearly did, perhaps Japan would not have invaded Pearl Harbor. Seeing no need to counter our Pacific fleet, the Japanese might not have drawn us into the war and had we not been drawn into the Pacific War, we most likely would not have been drawn into the European one either.

The end result? Imperial Japan would have won out in mainland China. For the result of that, see the Japanese occupation of Nanjing. The Philippines, Guam and New Zealand would have also been occupied, as would have Vietnam, Thailand, Cambodia and Laos. See the Bataan Death March for the likely comparison there.

Australia would most likely have fallen as well, without the aid of British and U.S. military forces. With militant Japanese imperialism undefeated, Japan would be a far different nation/people from what we see today.

As for Europe? Without the U.S. industrial might and without the U.S. destroyers in the Atlantic, it is probable that Nazi Germany would have strangled the United Kingdom with its U-boat forces.

There would have been no defeat of Rommel’s Afrika Corps and Nazi fascism would control North Africa from the Suez Canal to the Straits of Gibraltar. The invasions of Sicily/Italy would not have occurred, and Italian Fascism would control Greece and Crete, along with Ethiopia on the African continent.

Mussolini would not have been deposed and hung, and his ideals of fascism would have grown. Hitler’s Nazi Party was modeled on Mussolini’s Fascist Party in Italy. Without U.S. forces and without being able to import adequate amounts of steel and oil, Great Britain would not have been able to stave off simple attrition long enough to defeat Nazi Germany.

With no D-Day and no need to create an Atlantic Wall, it is even possible that Hitler would have succeeded with his invasion of Russia. Bear in mind, the much needed by Russia Lend-Lease program via the port of Archangel would not have occurred had we maintained our isolationist policies.

It is likely that Nazi Germany would control the European mainland from the French border with Spain all the way to Moscow and then south through the Middle East and its oil.

Had we in the U.S. been choked off then from the many millions upon millions of tons of imports we have received over the past 75 years, can we imagine where we would be today? Let me also remind my fellows that it was NATO that responded in our defense following the events of 9/11/2001.