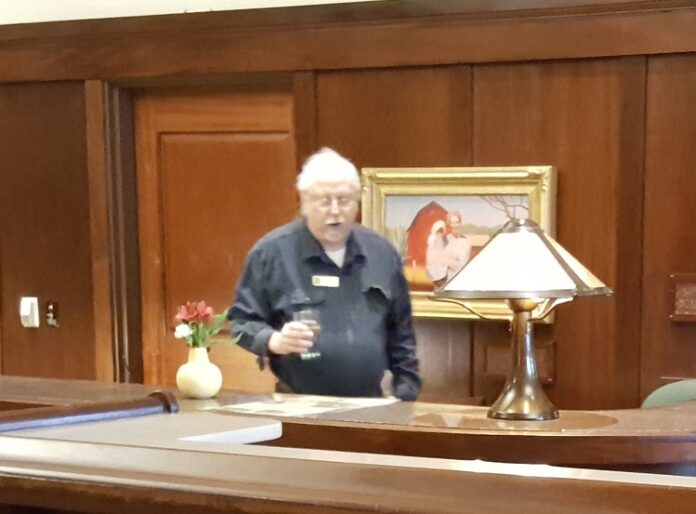 Nearly 24 years have passed since the Ahmansons reopened the refurbished hotel. It’s been just over 14 years since the doors of the hotel were locked when Roberta bowed out. Since the end of 2006, the deep pockets that had been keeping the place up to snuff walked away.

Out of the three owners who followed the Ahmansons, the Hartz family expended the most time and money to keep the place maintained and to raise service to an exceptional level.

Whatever happens with the Hotel Pattee from here, Jay Hartz and family deserve thanks and praise for keeping the place in good shape. If not for the Hartzes, the Hotel Pattee would not be in half the good condition it is now.

In addition to caring for the property itself, he proved beyond a doubt the hotel and restaurant could be profitable.

This is not a criticism of the other two owners since the days of Roberta but praise for the exceptional commitment of the Hartz family.

Still and all, the Hotel Pattee will likely never be what it was during the Ahmanson Era. Without the fortune of the Ahmanson family, the business will never measure up to the high standards it did at that time.

The refurbished hotel has also aged by 24 years. After nearly a quarter of a century, the place is a little rough around the edges. To be sure, the Pattee bedazzles those who have never seen it before but as someone who has spent a lot of time in the hotel, I notice how some of the sheen has dulled a bit.

While I certainly don’t want to discourage the city from taking over, I don’t want to lie to anyone either. The building is not what it was in 1997.

That being said, I am all for the new plan. I’m not made out of money, but I would gladly invest in the place and would encourage others to do likewise.

May the Hotel Pattee stand in splendor for generations to come!

Letter to the editor: Don’t tread on me. Tread on them!