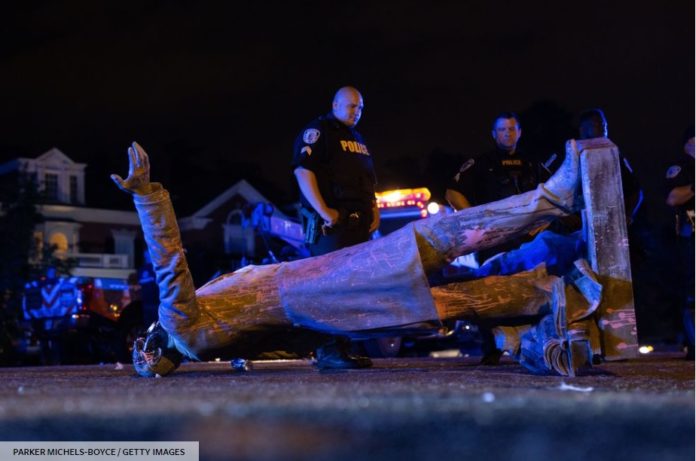 After 400 years of white domination of black Americans, Iowa Sen. Jake Chapman’s recent statements appear to dismiss their mistreatment. I am proud of Iowans who have stood up to object to racial injustice and police brutality. After all, more than 13,000 Iowa soldiers were killed by Confederate soldiers.

We have museums and libraries to preserve our Civil War history. The Civil War statues honoring Confederate traitors were erected during the Jim Crow era from 1877 to 1964 in order to intimidate black citizens into submission to white supremacy.

Roughly 700 Confederate statues were spread over 31 states, exceeding the 11 states that originally seceded from the U.S. Glorification of slavery and white supremacy was their goal. Why are there not more monuments to the real heroes who saved our United States of America, such as General Grant, General Sherman, Colonel Thompson?

The Confederacy only lasted four years but has been so romanticized that it has an overblown importance compared to our American Revolution. If the Confederacy had won the Civil War, would we be divided into two countries? Would slavery still be legal in certain areas of our continent, or would it have spread to the whole continent?

Letter to the editor: Christmas Dinner Committee thanks donors

Letter to the editor: Reader says he is losing patience

Letter to the editor: Are socialists actually Satanists?