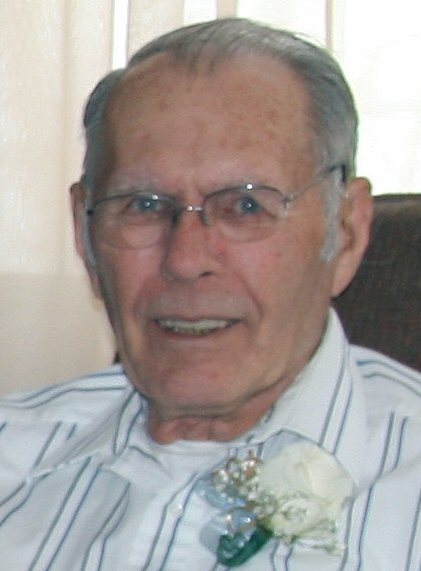 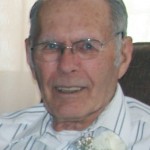 A Celebration of Life Service with Military Rites for Marvin W. Menz,  85, will be 5 p.m. Saturday, March 21 at Murdock Funeral Home in Perry.

Visitation will begin at 1 p.m. Saturday, March 21, with family receiving friends from 3 to 5  p.m. at the funeral home.

He graduated from Perry High School in 1949.

Marvin grew up as an active member of the First Christian Church  youth group.  In 1951 he helped lay the cornerstone to the addition of the Church.

After graduation from high school, he worked as an apprentice painter and electrician until he joined the Army.

He served in Korea from Nov. 1951 until Sept. 1953, when he returned to his sweetheart Rose Ilene Dorman and married her on Sept. 13, 1953 at the First Christian Church in Perry, Iowa

The couple farmed southeast of Perry for six years, and in 1960 Marvin started working for Bauer and Bauer Construction Company.

He helped build the Brenton banks in Perry and Jefferson, the Perry City Hall, foundries in Perry and Boone, the Jefferson jail and the East Perry Plaza, as well as remodeling many homes in Perry.

In 1977 he started Menz Construction. Marvin took great pride in his work and retired in 1992. He continued working on his rental properties, which he would buy, fix up and rent.

He enjoyed working in his yard with Rose, where they planted several trees and many, many plants and flowers.  They enjoyed traveling, camping, and going to auctions.

Marvin was very devoted to his wife and cared deeply about his family. He loved and enjoyed his grandchildren very much and adored his great-grandchildren as well as his many nieces and nephews.

He was proud of his hometown of Perry, Iowa, and felt very blessed to have so many family and friends

Memorials are suggested to Forest Park Museum and may be left or sent to Murdock Funeral Home in Perry. Online condolences may be left at  www.murdockfuneralhome.net.