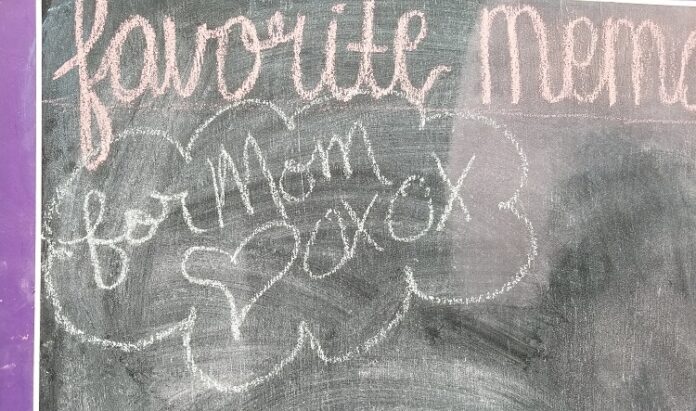 I’m confident that everyone who has joined the sorrowful club of having lost someone close to you has thought, “What would (loved one’s name) have thought of 2020-2021?”

She’d love “Murdock Mysteries” and trying to figure out the guilty person before the reveal.

She’d love the romance between the handsome, smart detective and the equally, smart, beautiful, independent doctor.

Chatting on the phone with family and friends would remain a valued pastime even if technology is vastly different from her years as a switchboard “number, please” operator for Northwestern Bell or on a party line with humans listening — and cows mooing.

Ironing any fabric with a wrinkle would still be a favored task over cooking or baking.  Technology doesn’t seem to have advanced far in the realm of irons and ironing boards other than people doing it less. She’d have ironed her isolation outfits and wouldn’t have gained COVID-19 weight.

She wouldn’t be comfortable with the red-blue divide, the fighting, the lack of compromise and common ground. She’d hate the incivility and the lies. She’s the peacemaker who wants everyone to be happy and get along. Resolve conflicts. Restore calmness.

She would, I believe, appreciate the accountability of the Me Too and Time’s Up movements. Women (and others) speaking up about sexual harassment and sexual assault and offenders held accountable.

She’d still hate snakes and mice in person or digitally. Never a fan of “Gunsmoke” episodes involving a rattlesnake as a co-star. But she’d endure encounters with those abominations to be on a farm with the love of her life.

She’d stick by the Catholic Church even though she’d be frustrated by some of their behavior.

What was best for her family or what her family wanted was her guiding light in life—sacrificing her own desires with no hesitation.

She’d love a drive to nowhere or a meal out — not cooking being a tremendous treat — even if “out” was McDonald’s. She’d miss Younkers.

She’d worry about her family even while she was proud of them.

Daddy would be showing her stuff on the internet — NASA footage, National Geographic videos, wonders of the world and more — and she’d look, but I doubt the internet would interest her much. But she could surprise you.

She’d jump onto the back of a motorcycle if she could. Lipstick her only makeup. She’d give you $20 and tell you not to say anything. She’d tell you night-night and “We love you,” years after the man who travelled from Iowa to Hollywood to marry her and bring her back to Perry was killed. (Love she didn’t modify that “we.”)

Speeding was one of the things you learned from her. Stick shift not so much unless you wanted your vehicle to drift after being parked. Teaching you how to cook was not something she felt compelled to pass along.

Mom, the person who is the first in the universe to know you and love you and who will love you like no other. To quote Sr. Helen Prejean speaking about death, “(a) personal universe is lost that can never be replaced.”

To quote from a card (author unknown), “What’s the difference between you and your mother?” “As little as possible, I hope.” If only. (Except for that love of ironing part.)