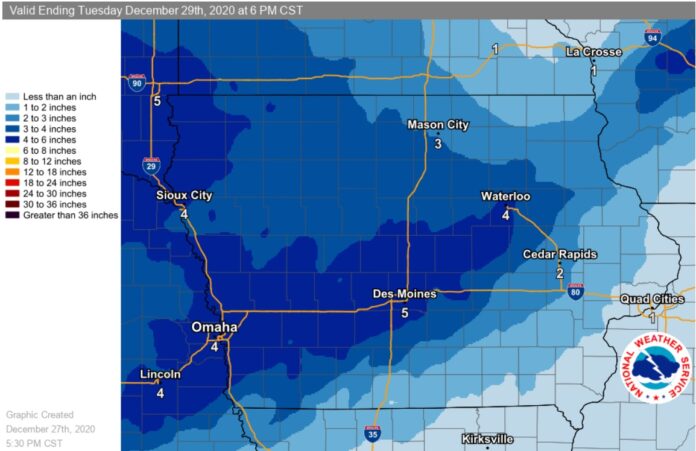 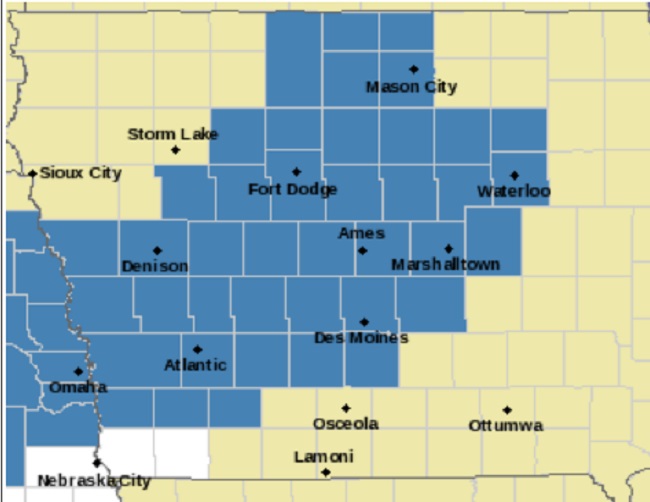 The National Weather Service (NWS) office in Des Moines has issued a winter storm watch for the Perry area from 6 a.m. Tuesday until midnight Wednesday.

The winter storm will begin to affect the region Tuesday morning, according to NWS forecasts, and bring with it widespread snowfall and likely periods of wintry mix, including freezing rain that will make travel difficult.

Accumulating snowfall will be greatest north of U.S. Interstate 80, with a potentially tight gradient near the interstate. Any ice accumulations from freezing rain and sleet will also
further deteriorate travel conditions and will be most likely near and south of U.S. Interstate 80 during the day and further northward overnight.

The NWS said the greatest uncertainties in the forecast involve the southern edge of the heaviest snowfall and the total icing potential, and both include the U.S. Interstate 80 corridor at this time. Regardless, there is high confidence in this winter storm causing widespread travel hazards across most of the area. Travel could be extremely difficult, and it appears likely that both the morning and evening commutes Tuesday will be difficult.