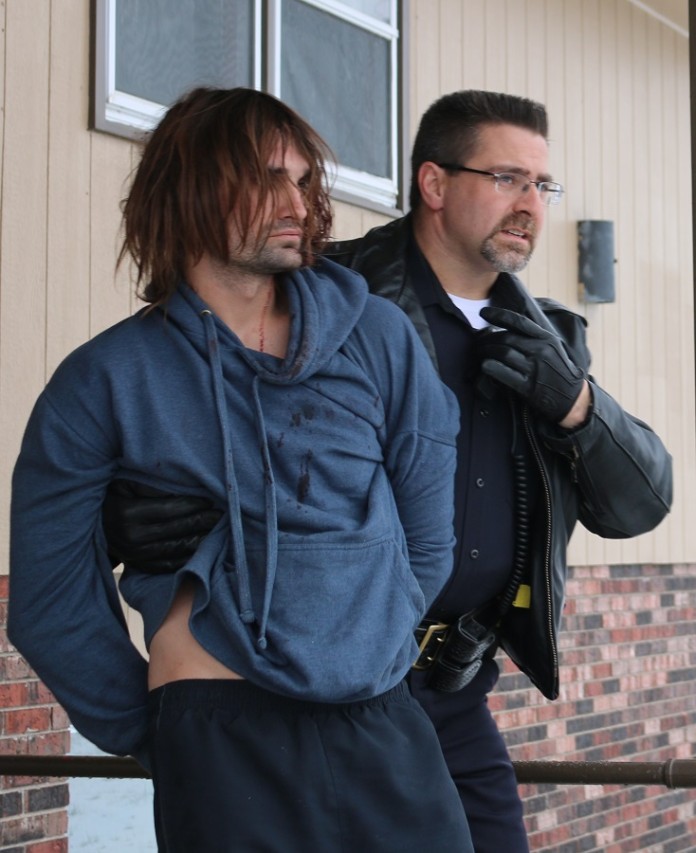 Details are emerging at this hour around a two-vehicle accident occurring about 1:15 p.m. Saturday on Iowa Highway 141 and Eighth Street in Perry.

At least four juveniles and one adult driver were transported from the scene to Dallas County Hospital, according to radio traffic, and one person was apprehended a short distance from the accident, apparently attempting to flee scene.

Perry Police Sgt. Jim Archer detained a man named Ben who had entered the apartment building at 516 Clearview Drive, which faces Iowa Highway 141 and was the nearest residence to the accident scene.

Prior to being taken into custody, Ben asked a passerby for a ride. He appeared to be impaired and was bleeding from the head. After detainment, he was judged by Perry Police to be possibly intoxicated and combative and was transported to Mercy Hospital in Des Moines for evaluation.