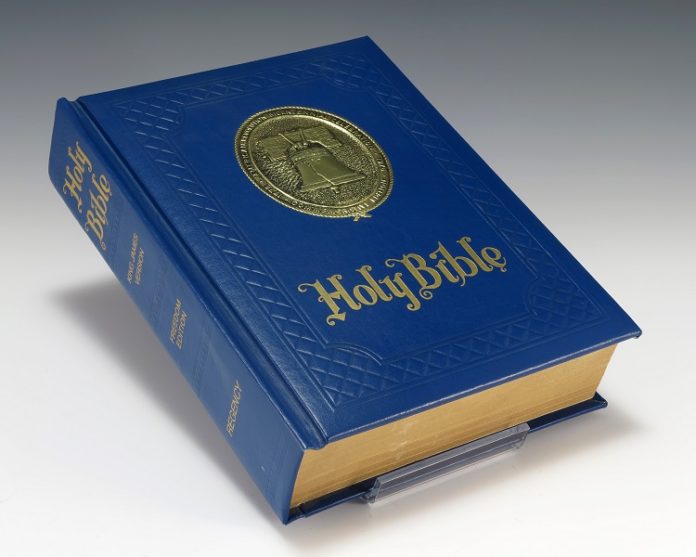 Bruce Compton is a plodder.

Throughout three years of school at Detroit Baptist Theological Seminary, there was one man who was consistently in the school building before me. That man was Bruce Compton.

I am not certain what time Dr. Compton arrives to his office every day. I can tell you that I worked a full-time night shift job while in seminary and would often get to the school building an hour before class began. Each time, Dr. Compton was in his office with the door shut, working on some form of scholarship. He would often walk into class and hand us our notes still warm from being freshly printed. So we may suppose that Dr. Compton spends the early hours of the morning working on class notes.

Do not be mistaken though. Dr. Compton does much more than work on class notes. Dr. Compton also serves as an interim pastor for churches in need. He has written and continues to write scholarly journal articles. He serves in various ministries at Inter-City Baptist Church. He even opens up his office to dummy students like myself.

But standing above all his academic and ministerial accomplishments is one virtue of his I constantly strive to attain. That virtue is the virtue of plodding. And Dr. Compton is the first model plodder who pops in my mind when I think of plodding because I could never beat him to school.

Plodding is a dogged and slow walk with heavy steps, according to the Concise Oxford English Dictionary. Plodding is the adjective I use to describe people whom I admire and are successful. It is a word that often describes people who work slowly and steadily. Bing.com adds “thorough and hardworking” to the definition of plodding. Successful people are thorough and hardworking while moving slowly and steadily.

Here are seven reason why I strive to be a plodder and so should you.

1. Plodders are consistent. Consistency is when you can do one thing the same way, with the same quality every time you do it. Think about your favorite restaurant. Many people like a fast food place call Chickfil-a. Did you know Chick-fil-a is the number-one grossing fast food store in every city it is found? Why is that? Consistency! Chick-fil-a produces delicious food and an even more pleasant dining experience every time you walk in the door.

If you think about it, that can get old real fast if you are the one providing the dining experience. So how do they do it every time? They plod. Chick-fil-a consistently does one thing every single day, six days a week, in the same way with the same level of quality. If you want to be a plodder, you must consistently do one thing well.

Consistently do one thing!

Be consistent in your actions!

3. Plodders are responsible. Responsibility is another virtue most of our culture has no grasp of. It is the virtue of holding yourself accountable for your own actions or lack of actions. Responsible people are self-starters. No one needs to tell them to wake up in the morning and go to work. They tell themselves to wake up in the morning and get to work fifteen minutes ahead of time. Responsible people take action even when they do not have to.

Albert Gonzalez dropped out of school after sixth grade to work at his dad’s store. At 16 years old, he got his girlfriend pregnant. Being the responsible man he was, he did the right thing and married her. Albert didn’t have a job when he got married. So he got a job at a grocery store making $35 a week.

So how does a guy who didn’t even start seventh grade retire, making close to 90k a year? Simply stated, plodding. Albert Gonzalez is a responsible man. When God gave him a responsibility, he stopped acting like a child and started acting like a man by being consistently committed to taking up his responsibility as a husband and a father.

Did you see what I did right there? Lol. Most people would say that Albert Gonzalez attained the American dream in some ways. And he did it by being responsible. If you want to be a plodder, you must take responsibility for your own actions. Stop blame shifting your problems.

Take responsibility for your own actions!

I shall reserve the final four virtues of plodding for my next Pastor’s Corner column.

The Rev. Andrés Reyes is pastor of the First Baptist Church in Perry.