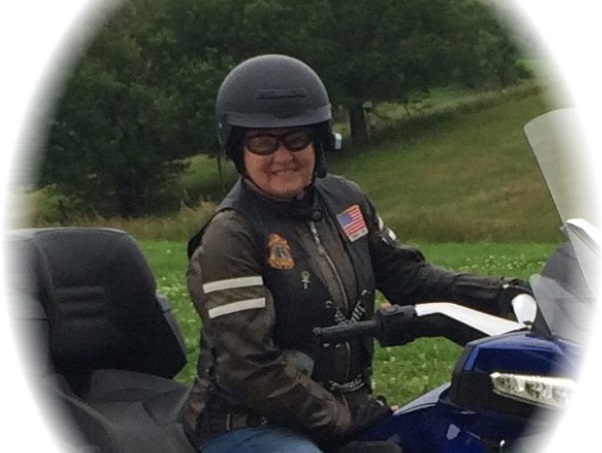 Visitation was after 1 p.m. Friday at Hastings Funeral Home in Jefferson, with family present from 6-8 p.m. Rev. David Arulnathan provided words of comfort. Honorary bearers were “All of her Brothers and Sisters in Christ.”

Casket bearers were Doug Sukovaty, Dave Popelka, Loren Young, Junior DeVoogd, Roger Plath and Jordon Anderson. Don Cole and John Hunt were the ushers. Interment took place at Highland Township Cemetery in Churdan. Following the services at the cemetery, a luncheon was served at the church.

Patti Ann Cordes, daughter of Ivan Curtis and Shirley Ann McGlothlen Curtis, was born Dec. 15, 1954, in Jefferson, Iowa. and died Aug. 9, 2016, at Stewart Memorial Hospital in Lake City, Iowa, at the age of 61.

Patti’s faith and family provided her with the strength to valiantly deal with ALS until God took her home.

Patti grew up in Churdan with an older sister Linda and a brother Michael.

She graduated Churdan High School in 1973.

Patti worked for attorney Denny Ladd for a time.

She had many artistic abilities and put those talents to work making jewelry, enjoying photography and sewing. Patti was really an entrepreneur and excelled at upholstery.

After her marriage to John Cordes in 1989, they applied their skills together and took on any upholstery project, large or small.

Patti and John also gave their lives to the Lord, and their ministry to others became foremost in their marriage. They put their energy into the Christian Motorcycle Association (CMA), belonging to the “ Rapture Riders” of Harcourt.

They were justifiably proud of the youth group they formed, the first in the state, named “Souled Out.” The youth were a high light of her life. Patti and John were involved with a CMA ministry in south Arkansas, named “Flame On,” which reached out to more than 850 wonderful youth.

Their local ministry was important, too, including visits to nursing homes.

Patti loved her motorcycle (tricycle), and riding was a great joy, but the main purpose was to ride and minister.

After 39 years, Patti received one of the greatest joys a mother could ever experience. The son she gave up for adoption when she was only 15 found her, and they were able to reconnect.

Patti was preceded in death by her mother, Shirley; and her brother, Michael Curtis.