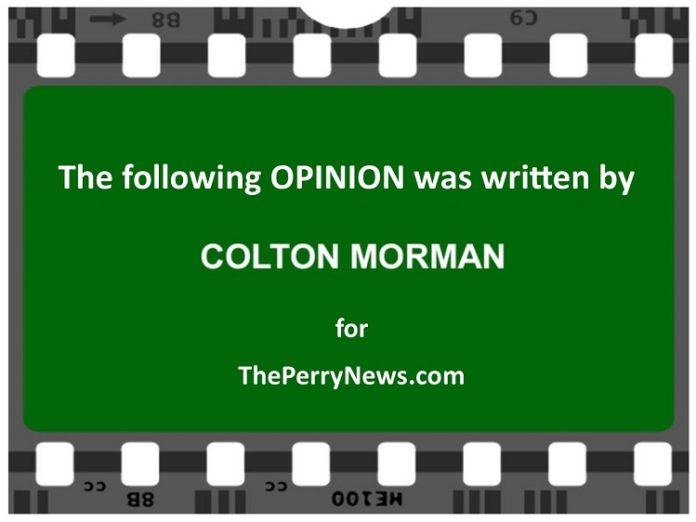 I love culture. I love seeing the way a collection of people create, interpret and present the elements of their shared history they deem important enough to warrant such an intensive process as cultivating a culture.

It’s partially what I went to college for. I studied the way in which our society formulates political positions and how that ultimately leads to the development of law. Through my studies, I learned one very important lesson: our society is not monolithic. It is constructed of various cultures and populations that have very different perspectives on virtually all facets of our society.

From guns to spanking, vaccines to climate science, war to policing, our country has a very diverse set of opinions that seemingly only fractures us into groups. Take a look at recent polls, and you’ll see that our country is more polarized than ever, and common ground seems to be an ever shrinking piece of real estate.

On the surface, it appears that our country has divided itself into two or three dominant factions without much intersection at all and as interesting as that phenomenon is to study, what I find ever more alluring is what actually brings us all together.

For as turbulent and chaotic as our society has apparently become, we still share one common bond that unites us all at any given time: movies.

Film might be the single greatest unifier in our country, more so than sports and music. Almost every person in the United States has a favorite film and while others may argue that almost everyone has a favorite sports team or song, film holds the especially rare distinction of not creating massive rifts within the medium.

For instance, while most people in America love sports, if you put a diehard Philadelphia Eagles fan and an equally passionate Dallas Cowboys fan in the same room, it is only a matter of seconds before an argument breaks out.

The same can be said about the fans of Kanye West and Toby Keith. Within these two mediums, people develop factions, and those factions can be as abrasive and intense as our American political parties.

Movies, on the other hand, do not seem to create divisive sub-factions. Sure, it’s true that some factions exist, such as “Star Wars” versus “Star Trek,” but you’ll be hard pressed to find many instances where the two fandoms come to blows.

In fact, crossover is very common among the two fandoms. Many people who love “Star Wars” also love “Star Trek.” That is what makes movies one of the most important pillars of our society: they transcend boundaries.

I absolutely love movies, and I have written just a few reviews for ThePerryNews, but I write reviews not because I want to become some pretentious film critic, but because I just love discussing movies.

Actually, I love discussing all things pop culture, from movies to comics to music and beyond, but I find that movies are better to discuss because they are: 1. more accessible and popular than comic books, and 2. less divisive than music. Naturally, my “critical discussion” shifts to movies because I can have more conversations with even more people.

I will talk about movies with almost anyone. If someone wants to talk about why they liked or disliked a film, I’m always game to discuss it (provided, of course, that I’ve seen the film). At the core of a debate that measures the quality of a film is the actual appreciation of film and the desire to see a great piece of cinema.

Through my many, many discussions of movies with other people, I’ve found that discussing them remains relatively peaceful and enjoyable.

I am a fan of “Star Wars,” and I have met people who aren’t. It is always interesting to listen to and hopefully understand their perspective on why they don’t like the franchise. It also seems that such conversations remain conversations and rarely devolve into screaming matches about who is right.

I think that is important for our society, especially now since it seems as if we don’t have many discussions that do not result in name calling. We tend to forget the humanity that is central to every person’s being, and we transform someone with a dissenting or different opinion from a fellow human being into an enemy combatant.

Those two groups immediately form in opposition and without much regard to each other or the evidence of the specific news story at hand. They begin the all too common and predictable practice of throwing insults.

The people involved in those “debates” ultimately reach the conclusion that they are diametrically opposed on all things, and they and their “opponent” can’t possibly agree on anything.

This us-versus-them mentality is counterproductive and is patently untrue. We all share common opinions. The two sides arguing about a police shooting, the merits of gun control or the effects of vaccines may share an appreciation for “Batman” films. They may like the “Lord of the Rings” franchise. People on both sides might think the “Star Wars” prequels were garbage, or maybe they actually liked the last two “Matrix” films.

This similarity in preference is important in our society. It lets us know that as different as we all think we are, we are also similar in many other ways. Movies transcend political affiliation, gender, race and sexual orientation. The same movies are loved and hated by people of all countries and generations. A movie like “Casablanca” that was loved by the audience back in 1942 is still enjoyed to this day by people whose parents weren’t even born when it was originally released.

We love movies because they allow us to imagine a world different than ours. We get to see someone’s interpretation of a utopian society or one flirting with apocalypse. Movies are presentations of our darkest fears or brightest desires. Our imaginations come to life through the process of film.

No matter what a specific person thought about politics in 1978, “Superman: The Movie” became a common bond for all people because it provided escapism and wonder for those who watched it.

That is what makes movies special; the ability for everyone, no matter what background, to set aside all differences and opinions in order to participate in an experience that flexes our imagination. Movies allow us to come together to witness the fantastical brought to life. We get to see stories that make us laugh, cry, scream and wonder all in the span of 90 to 180 minutes.

After we watch a great film, we can excitedly discuss it with people, and those people may come from vastly different backgrounds than ourselves. Movies turn ardent political enemies into friends with a shared opinion. Movies allow parents to see their children light up with joy when they watch “Toy Story” for the first time. They let us imagine what it would be like to have super powers when we watch a Marvel film, and movies provide that moment of levity we all need in our lives when we view “Ghostbusters.”

Most importantly, movies remind us that no matter how different we think we may be, we are all the same. Maybe movies have less relative importance compared with fiscal policy, same sex marriage or gun rights. Maybe movies don’t play as big a part in our daily lives as some of the more divisive topics we find ourselves passionately arguing about in our daily lives.

Maybe that’s all true, but in the end what is important is that we remember that we all have the same hopes, fears and dreams. What matters is that we are all human, and movies embody the spirit of humanity. Movies are the common bond between almost everyone in our country.

If we can realize that we all love something similar, then maybe we can teach ourselves that just because we disagree on other matters, that doesn’t make us enemies.

When new movies are released, ThePerryNews.com brings you fresh reviews by Colton Morman. Please support our work with a one-time donation, or become a $5-per-month donor, and give back to the community that brings the community to you.