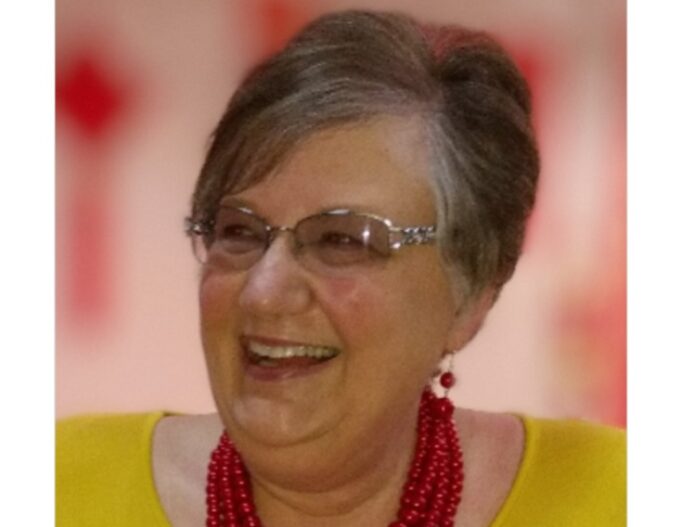 Funeral services are pending for Rosella Marie Zimmerle, 69, of Adel.

Rosella Marie Zimmerle, daughter of John Allen Nelson and Nina Rosella Coffin Nelson, was born Aug. 6, 1951, in Jefferson, Iowa, and died April 16, 2021, at her home in Adel, Iowa, surrounded by her family.

Rosella, known as “Rose” to her family and friends, graduated from Grand Junction High School in 1969.

On Feb. 7, 1969, Rosella and William “Bill” Robert Zimmerle Sr. were united in marriage at the Methodist Church in Grand Junction. The couple was blessed with a daughter, Dawn Marie, and son, William Robert “Bill” Jr.

The family made their home in Grand Junction until 1996, when Bill’s co-op work took them to various locations throughout Iowa. For the last 17 years, Rose and Bill have lived in Adel.

While the family was young, Rose worked part-time at several local businesses, including Casey’s, Farm Bureau and the local newspaper. She also became a foreign exchange student advisor for AYUSA.

She would say her most important role was taking care of her family and the nine foreign exchange students she and Bill hosted over the years.

Rose turned her passion for children and family advocacy into a formal career in social work after she received her bachelor’s degree in sociology from Iowa State in 1995.

She enjoyed reading and watching movies. With the ability to recite movie lines verbatim, some might say she was a movie trivia expert!

Grandma Rose loved her grandchildren with all her heart. Whether it was playing in the pool, cheering at sports events or just being silly, Rose loved spending time with all four of her granddaughters.

Rose was preceded in death by her parents, John and Nina; and brother, William Nelson and his wife, Diane.

In lieu of flowers, the family welcomes donations in Rose’s honor to the Mercy Hospice Foundation or Children and Families of Iowa. The Zimmerle family will hold a celebration of life for Rose this summer. Details to be announced at a later date.