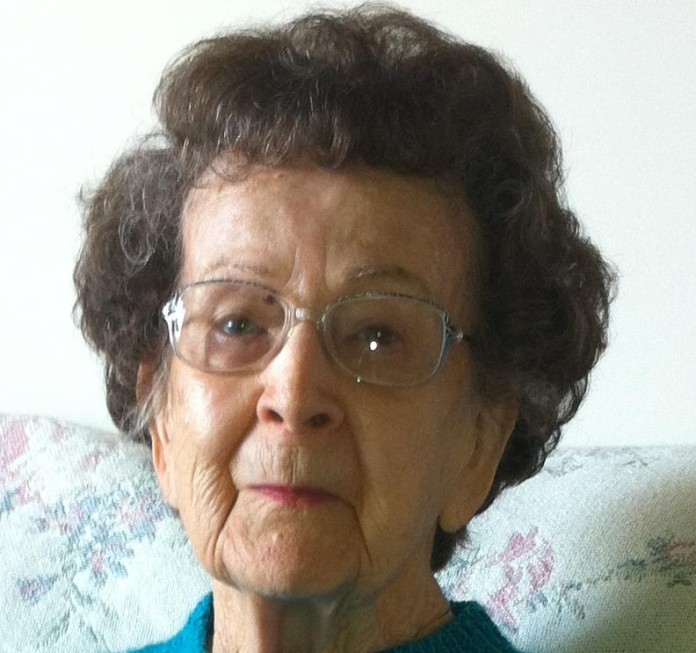 Funeral services will be 10:30 a.m. Monday, Jan. 11 at Christ Lutheran Church in Bouton for Ruth Hansen. Burial will be in Peoples Cemetery. Visitation will begin at 2 p.m. and last until 6 p.m. Sunday, Jan. 10, with the family receiving friends from 2–4 p.m. at Murdock Funeral Home in Perry.

Ruth L. Hansen was born April 13, 1924, in rural Perry, Iowa, the daughter of John A. and Grace (Fulkerson) Blougher.

She attended school in Perry and graduated from Perry High School with the class of 1941.

She worked for Perry Production Credit and was a linotype operator for the Woodward Enterprise before working as a medical secretary for Woodward State Hospital for 19 years.

Tom and Ruth built a home in Apache Junction, Ariz., and lived as snow birds away from the farm for more than 20 years before moving to Spring Valley Retirement Community in 2010.

Preceding Ruth in death were her parents; husband in December 2010; daughter-in-law, Louise, in March 2013; and one sister, Arlene Ward.

Memorials may be directed to Christ Lutheran Church in Ruth’s name. Online condolences may be left at murdockfuneralhome.net.