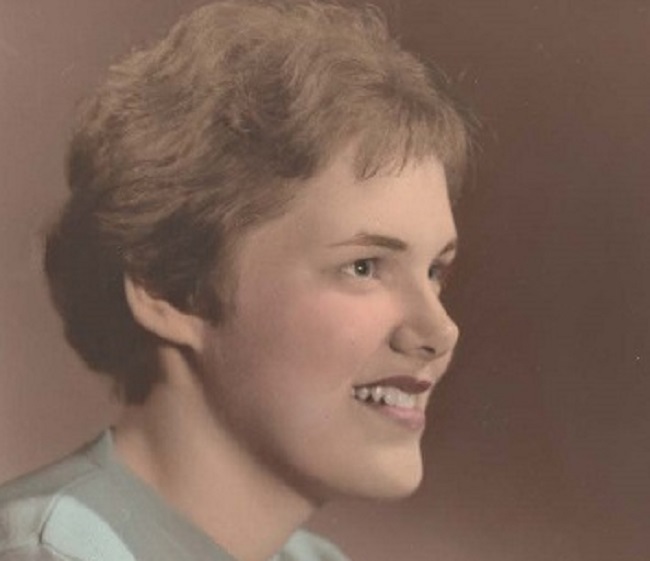 Born in Jefferson, Iowa, on Nov. 21, 1940, Sharon was the eldest daughter of Richard Kinney and Wilda Springer Kinney.

During World War II, she lived in Tacoma, Wash., while her father worked in the Bremerton shipyards. The years before and after the war were spent in Perry.

One of her earliest memories was of celebrating VJ day aboard one of the ships her dad helped build.

On March 5, 1960, she married Philip Book of Minburn at St. Patrick’s Catholic Church in Perry. They made their home first in Perry and rural Minburn, later relocating to Iowa Falls.

Sharon was a homemaker who enjoyed such hobbies as ceramics, gardening, antique shopping and collecting vintage postcards.

She was a member of St. Mark’s Catholic Church in Iowa Falls.

She was preceded in death by her parents.

There are no services scheduled. A Celebration of Life will be held at a later date, with burial at Violet Hill Cemetery in Perry.

The family asks that any memorial contributions be made to the donor’s charity of choice.