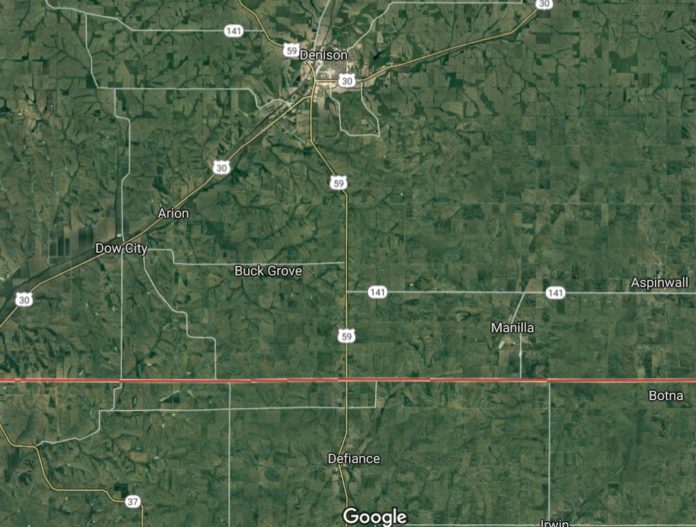 According to the Iowa State Patrol, Penny Hulsebus, 52, of Defiance was driving a 1997 Ford Windstar minivan and traveling northward on Iowa Highway 59 shortly after 5 a.m. when her vehicle crossed the center line and struck a southbound vehicle driven by Saul Armando Guzman Orellana, 46, of Denison.

Hulsebus was killed in the collision, and both of Orellana’s rear-seat passengers, Maria Petra Garcia Hernandez, 48, of Denison and Ericka Leticia Dionicio, 42, of Denison, also sustained fatal injuries in the 2008 Nissan Rogue in which they were riding.

Orellana and Guzman Hernandez were later transported by air ambulance to the University of Nebraska Medical Center in Omaha.

Hulsebus, Garcia Hernandez and Dionicio were all wearing safety belts at the time of the collision.

The accident remains under investigation, according to the Iowa State Patrol.