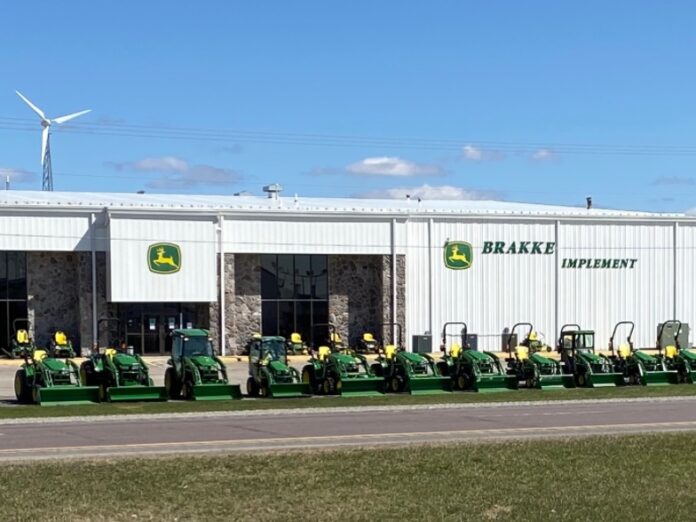 Van Wall Equipment of Perry announced Wednesday its purchase of Mason City-based Brakke Implement in a deal that will extend the dealership’s products and services to  north-central Iowa farmers in the Mason City, Clear Lake, Garner, Forest City and Britt areas.

“The Van Wall folks have a statewide reputation for outstanding service after the sale just as we do,” said Jeff Brakke, president of Brakke Implement. “That knowledge and my three-decade relationship with Don Van Houweling were the keys to my choice of Van Wall Equipment to carry on our strong tradition in Mason City.”

“I have always respected the great customer service that the Mason City team has delivered for so many years,” said Van Wall Equipment President Don Van Houweling, “and we are committed to continuing the culture Jeff Brakke has built. We will challenge ourselves to use our overall resources to help customers in the area improve their profitability and lower their risk.”

Van Houweling said he expects the ownership transition “to be seamless as we work to leverage our resources to effectively serve both customers and members of the Mason City team.”

Founded in 1944, Van Wall Equipment is one of the largest John Deere dealerships in the U.S., with more than 600 employees at 31 locations in Iowa, Illinois, Kansas and Nebraska.