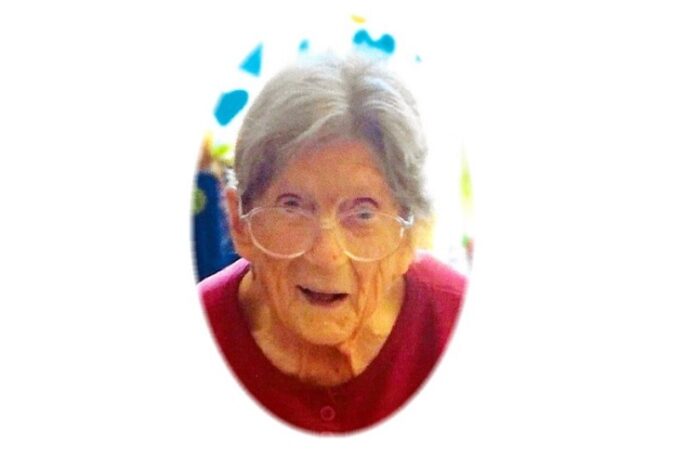 Graveside services for Vivian Anna Smotherman, 94, of Perry will be held at 2 p.m. Thursday, Oct. 15 at the Violet Hill Cemetery in Perry, with visitation at the cemetery starting one hour prior to the service.

Vivian Anna Smotherman, daughter of Charles Herman Springer Sr. and Bertha Alburnice Russell Springer, was born April 13, 1926, in Perry, Iowa, and died Oct. 8, 2020, at the Perry Lutheran Homes in Perry, Iowa, at the age of 94.

Vivian was baptized in the First Christian Church in Perry May 18, 1941.

Her first job was picking strawberries. She helped farm, babysit and work at the Thriftway Grocery Store.

She helped Floyd with his trucking business, gas station at Priebes and then as a switchboard operator for the Bell Telephone Co.

The couple later divorced, and Vivian found love again with Robert Charles Smotherman Sr., and they were united in marriage on March 9, 1956 in Omaha, Nebraska.

The couple was blessed with a daughter Linda Ann.

In 1957 they moved to Glendale, California, where Vivian worked for Baxter’s Laboratory cleaning cabins.

They moved to Woodward in 1982 and after a couple years, purchased an acreage.

Vivian was a lifelong member of Disabled American Veterans Auxiliary and the Christian Church in Perry.

She enjoyed gardening, canning, fishing, camping and reading. Vivian liked to send cards to family and friends, and she also liked to collect salt and pepper shakers.

She was preceded in death by her parents; first husband, Floyd Rans in 1983; second husband, Robert “Bob” Smotherman Sr. in 2000; daughter, Linda Ann Morgan in 2014; brother, Charles Springer Jr., and his wife, Zada; and sister, Irene Hanselman, and her husband, Everett.

Vivian is survived by her son-in-law, Patrick Morgan of Silver City, Iowa; grandson, Brandon Taylor and his wife, Susie, of Glenwood, Iowa; local step-daughter, Roberta Carpenter of Perry; other step-children; relatives; and friends.

Hastings Funeral Home was in charge of arrangements.