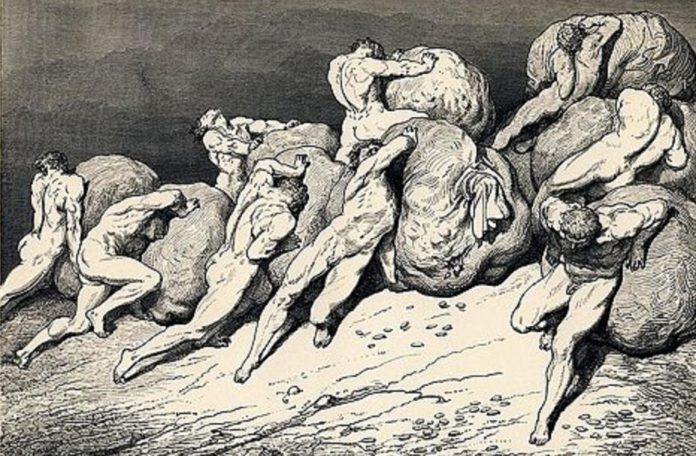 When was the moment that customer service became non-existent in America? Was it when shareholder returns became more important than actual customers? Was it when computers took over jobs humans used to do?

During my annual review of my credit reports, I noticed a typo associated with my credit. The error was clearly a typo, but I didn’t want some smart thief out there using the typo to mess with my credit.

It begins with the voice-menu gauntlet—god forbid a customer waste an employee’s time. Those humans answering the phone demand wages and benefits that cut into shareholders’ returns. For goodness sakes, let’s answer their question via automated computer responses or, better yet, let them do their own work and resolve their own issue online.

We want your income stream but otherwise no contact whatsoever.

Eventually, I make it to a human who acknowledged the typo but told me that their procedure doesn’t allow her to correct it and that I’ll be receiving a call from Bank of America–more of my time spent to correct their error.

Weeks later I get a letter telling me they’ve tried unsuccessfully to reach me and to please call them at the number provided.

I call. Of course, the number tosses me into the giant customer service queue, where I’m back at square one with no option to, say, “Select 9 if we made an error that you tried to fix once and are now trying a second time to fix.”

Not even a menu option for “Select 3 if we sent you a letter to call us.” Why make it easier for their customer of 29 years if that might slice into any profit margin?

Finally, I reach a human again. I mention the letter, which lists a case number and the “customer service rep” — or should I say “human answering the call” — has no desire to hear my case number, seems baffled by the term “case number” and can’t seem to comprehend that Bank of America would send me a letter.

“I’m holding the letter with your logo on it,” I say. “I don’t know what else to tell you.”

In frustration I ask to be elevated to a manager. In most instances, this just means you’re elevated to a more experienced rep, a lead rep maybe, not really a manager — as in hiring and firing and doing performance appraisals — but they’ll likely tell you they are a “manager.”

Maybe too many people are asking to have their calls elevated — which could be a sign of poorly trained reps–because this became a struggle. Usually, reps are trained to respond that they want to help you and can help you, and they try one last time to keep the call at their level.

Nope. Bank of America must train their reps to be very adamant about not escalating a call.

Finally, I was transferred but back into the circle of hell, not directly to a “manager.”
I hung up but then decided to persevere and complete this painful task. This time I immediately asked to be escalated. I said that I’d made multiple attempts trying to get an error on Bank of America’s part fixed and it was crazy the amount of time I’d already invested into trying to fix their error and to please give me a manager.

Again—the argument, the resistance, the deflection of the request.

“For the love of god, please, please, please escalate this call.” Sadly, I actually had to say this more than once to finally be transferred. This time I was actually connected—after 16 minutes on hold–with someone using the title “supervisor.”

Another circle of hell.

Several minutes into the infuriating call in which I was explaining from square one yet again, the supervisor said, “Let me read the notes on your file.”

Really? I was on hold for 16 minutes. You knew I was frustrated and asked to have the call escalated to you, and yet you didn’t bother to read the notes on my file first? On what planet is this smart customer service?

Really? The same day Bank of America sent me a letter telling me to call them to resolve the issue is the same day you resolved it?

Is it actually resolved? I’m skeptical but beyond ready to exit my current circle of hell.
And how did this save Bank of American money?

I made three calls to their in-name-only customer service line and talked with three reps and one “supervisor.”

Bank of America sent me a letter, which required some sort of time and resources.

I’d argue that genuine customer service would save them money and get them higher shareholder returns than Dante’s circles of hell.

Maybe a better selection process in who is hired is the issue. Maybe a better training process so reps tossed on the phone actually are able to resolve issues—efficiently, effectively and on the first call.

If you can resolve my issue quickly and effectively in one contact versus multiple contacts, that keeps me happy and using your product versus cancelling it or bad-mouthing it — which is never helpful — and it lets your reps take more calls — which means you don’t need to hire as many reps.

You can support Perry’s only full-service news source with a $5-per-month donation to ThePerryNews.com. To get started, simply click the Paypal link below and cha-ching.