An out-of-use air traffic communications tower was diassembled north of Perry in southwest Boone County this week, with workers using a crane to take apart the old tower in pieces.

The 300-foot tower stood on a 6.12 acre parcel at 530 320th St. in Union Township in rural Boone County. The primary deed holder is the United States of America in care of the Iowa Department of Natural Resources, according to Boone County records.

A technician with the Federal Aviation Administration said the tower has stood “probably since the late ’70s or early ’80s.” He said the tower was used for radio communications.

“It’s just old equipment that was removed years ago,” the FAA agent said. “We just finally have enough money to take the tower down so it’s no longer a safety risk.”

A worker familiar with the tower’s decommissioning said it was one of a number of FAA communications towers placed at 30-mile intervals across the Iowa countryside. The structures are now being removed or sold to other government entities.

“The equipment that it supported was decommissioned, I want to say, two or three years ago,” the FAA technician told ThePerryNews.com. “The gist of it is it’s just an old legacy system that’s no longer in use, and the government’s trying to get rid of some of that old stuff so we’re not spending money on it.”

A similar tower near New Virginia is also scheduled for removal, he said.

Tony Tice of rural Perry, who lives near the tower, observed the three-day lowering process and said it was “smooth,” with no wind and only a little light rain on Wednesday and Thursday.

“With the last 120-foot section, they removed the guy-wires, picked it up a foot to get it off the anchor bolt — not bolts! — and just laid it over,” Tice said. 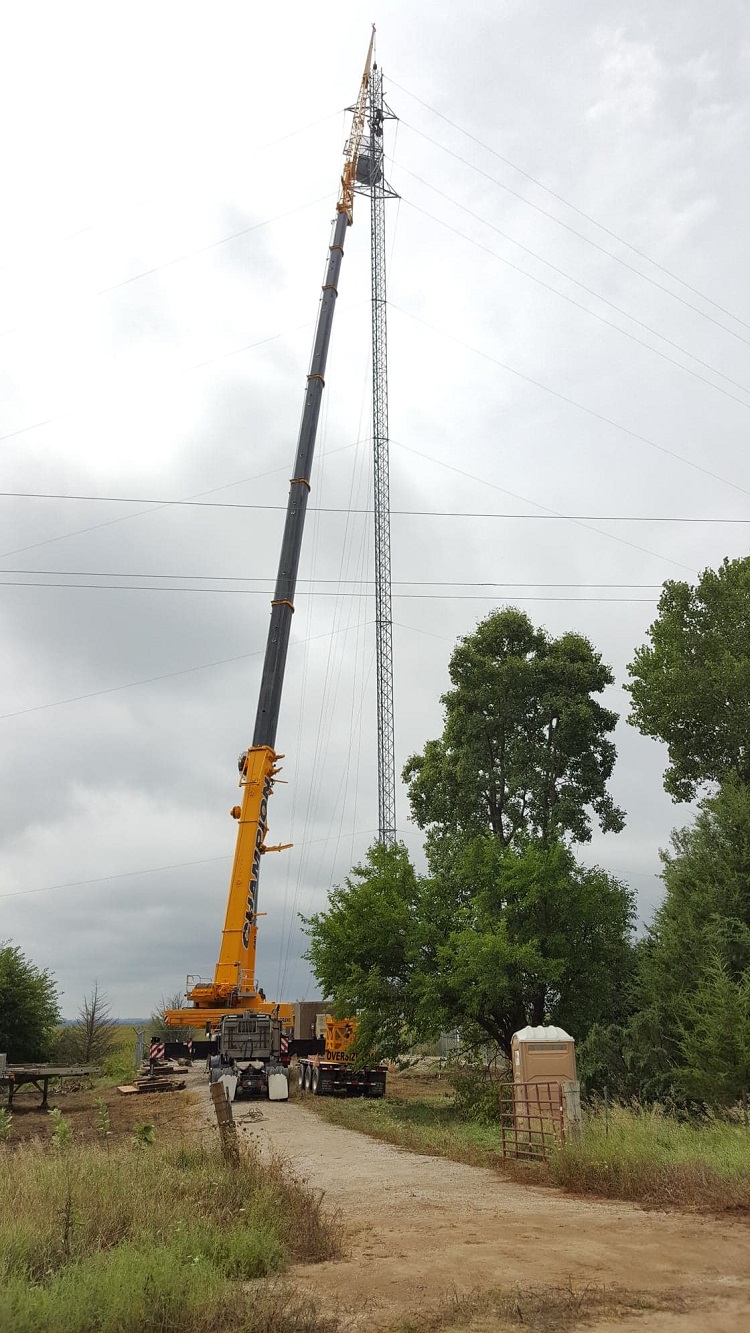