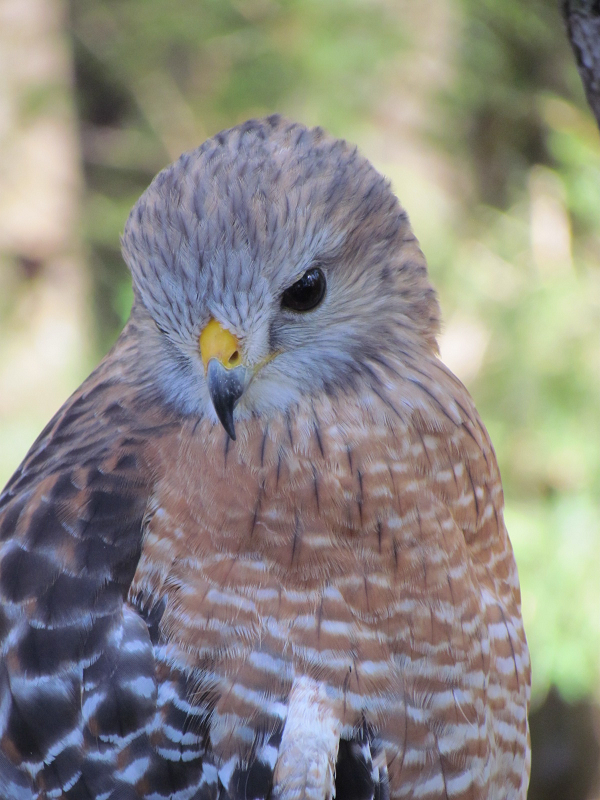 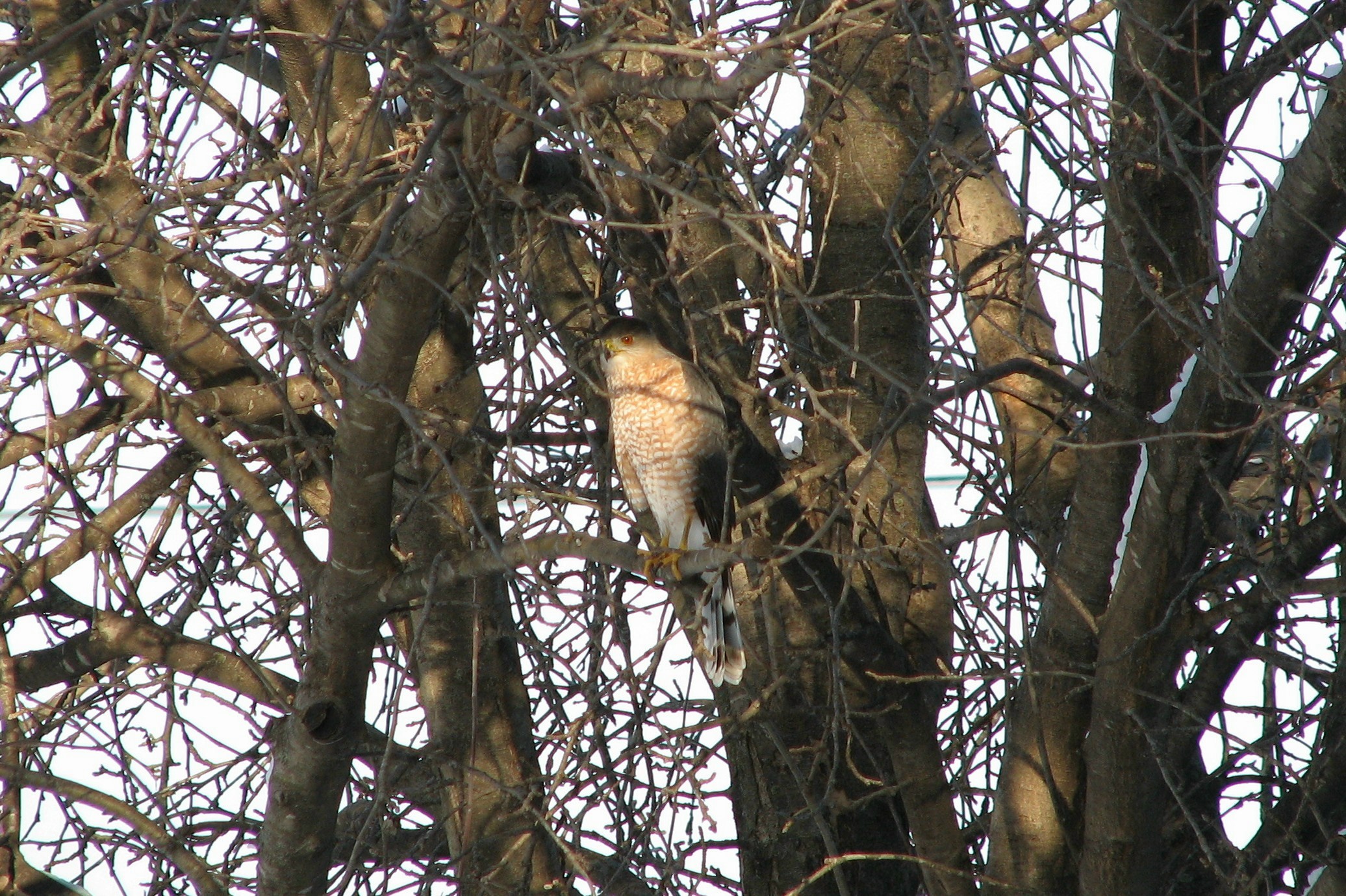 On a cold February afternoon last week, I witnessed a flight for survival.  I was taking food to my bird feeders but before I rounded the corner of my house, the sparrows juncos, and chickadees exploded from the feeding area chirping noisily, flapping their wings and flying into the nearby bushes.

A Cooper’s hawk had dropped down near the feeder from a high branch in the apple tree.  The hawk had zeroed in on a black-capped chickadee that was flying for its life.  It was a short flight to the safety of a lilac bush and the hawk was inches from its tail.  The little bird made it and began to work its way lower into the center of the shrub for more protection.  The hawk landed on a branch several feet higher.  The other birds continued their chattering while the hawk and chickadee sat still eyeing each other.   I was shivering in the cold.

When I moved toward the feeder, the hawk flew away, and a little later the chickadee was also gone.  I filled the feeder, cleaned the water dish, hung a suet block for the woodpeckers and came inside out of the cold.

Watching from the window, I waited to see what would happen.  In just a few minutes, the news must have spread to the birds that the hawk was gone and the human had put out fresh food. The feeding began, and the yard returned to normal.  The chickadee had a narrow escape, and the Cooper’s hawk had to go elsewhere for its supper.

Cooper’s hawks have been in my yard several times in the past year, and I have seen them flying over downtown Perry.  Last summer there was an active nest in a large maple tree on Iowa Street.  They are common in central Iowa.

The hawks have learned that bird feeding stations are an excellent place to get a meal.  Their favorite hunting tactic is to sit in a tall tree and watch the feeder below.  The hawk will swoop down and grab an unsuspecting smaller bird at the feeder or if the birds are flushed into flying, the faster and more agile hawk can catch them in the air.

The Cooper’s hawk is the size of a crow.  Its back is a slate-gray-blue color, and the breast is a mottled white with brown spots.  Its most distinctive feature is its long tail, marked with two black horizontal bands and rounded at the end.

The bird is named after the ornithologist who first described the species, William Cooper.  It is in a group of hawks called “accipiters,” and it is the most common member of this group that is seen in Iowa.  The sharp-shinned hawk is similar but smaller and is more frequently observed in Iowa’s dense woods.  These two species are difficult to tell apart, and both are found across North America.   Both have long tails and short, rounded wings, which help them fly between trees when they chase prey.    They feed primarily on other birds, but they will also eat small mammals, amphibians and reptiles.

The population of Cooper’s hawks has increased since the 1970s, when their numbers were greatly reduced by the use of pesticides like D.D.T.  The main problem facing the hawks today is the loss of woodland habitat that the bird requires for its nesting and hunting territory.    As the woodlands are disappearing, the hawks are moving into smaller woodlots, fencerows and suburbs with well established trees.  During the winter months when food is scarce, the hawks have learned to come to birdfeeders to hunt for prey.

Survey of city-owned trees to start next week