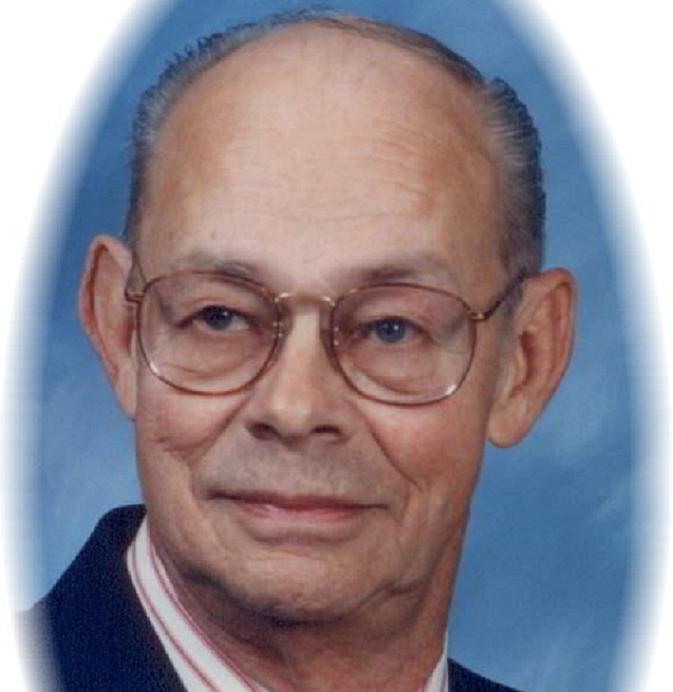 Congregational hymns selected by family were “Great Is Thy Faithfulness” and “Just as I Am,” accompanied by pianist Linda Tingwald. Burial was at Woodward Cemetery, with military rights from Offutt Air Force Base Honor Guard, American Legion Post 85 and VFW Post 2060.

Suggested memorials to the Perry Lutheran Home and/or Christ Lutheran Church in Bouton may be left at Hastings Funeral Home in Perry.

Chuck, as he was lovingly known, attended school as a child in Cooper for a time and graduated Linden High School in 1948.

Chuck joined the U.S. Air Force in 1951. During his military career, he attended AM Tech and the Wyoming Institute of Technology. He served in the 5th Air Force, 18th Bomber Wing, as a mechanic in the motor pool. His basic training was at Lackland Air Force Base in San Antonio, Texas.

Chuck served in Korea from 1951 to 1952 and then at Offutt Air Force Base in Omaha as part of the Strategic Air Command. His next assignment was at the Greenham Common Air Force Base in England.  Chuck was then transferred to Lincoln Air Force Base in Lincoln, Neb., before returning to England accompanied by Virginia and son Karl. He was honorably discharged with the rank of Airman First Class, and the family returned home to Perry in 1960.

Chuck owned and operated the Farm and Auto Garage in Minburn. He then worked for Oscar Mayer until his retirement.

Chuck was a witty, charming man who loved his family very much.

When his health required more care, he entered the Perry Lutheran Home, and he quickly gained the love of the nurses and other staff.

Chuck was an avid reader, and in earlier days loved to restore old cars, a favorite being his three-windows Ford Coupe.

Chuck and Virginia were faithful members of Trinity Lutheran Church, where he was confirmed in 1951. Later they joined and worshipped at Christ Lutheran Church.

Chuck was preceded in death by his teenage brother, Leland White; his parents; and sister, Lorraine Beazor.

He will be forever in the hearts of his wife, Virginia; sons, Karl White and wife, Peggy, of Knoxville and Russell White and wife, Charmalee, of Perry; his grandchildren, Jeremy White and wife, Laci, of Knoxville, Cory White and wife, Monica, of Knoxville, Crissie Kanselaar and husband, Josh, of Bondurant, Kayla White of Las Vegas, Nev., Travis White of Camp Pendleton, Calif., and Tyler White and fiancée, Jenna Paul, of Redfield; his precious great-grandchildren, Koltyn Welker, Louis Welker, Emma Welker, Larissa Fenoglio and husband, Bret, Brandon White, Hannah White, Tucker Kanselaar, Taylor Kanselaar, Tanner Kanselaar; and the icing on his cake, great-great-granddaughter, Lia Ann Fenoglio. Chuck is also survived by his sisters, Marjorie Strunk and Ethel Kinney of Panora; nieces; nephews; other relatives, and many friends.