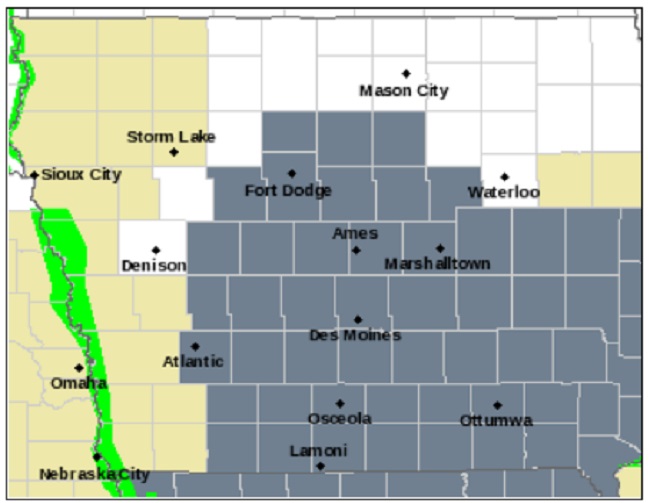 Autumn began with fog as the National Weather Service in Des Moines issued a dense fog advisory until 9 a.m. Monday, with visibility less than one-quarter mile at times and near zero in some areas.

Light winds and clear skies, along with ample surface moisture from recent rains, had led to the development of dense fog early Monday across parts of central and south central Iowa. The fog should continue to expand through sunrise before quickly dissipating by mid-morning.

Motorists are advised to use caution when driving early Monday because visibility could change rapidly when entering areas of denser fog.

One arrested in one-vehicle accident in downtown Perry