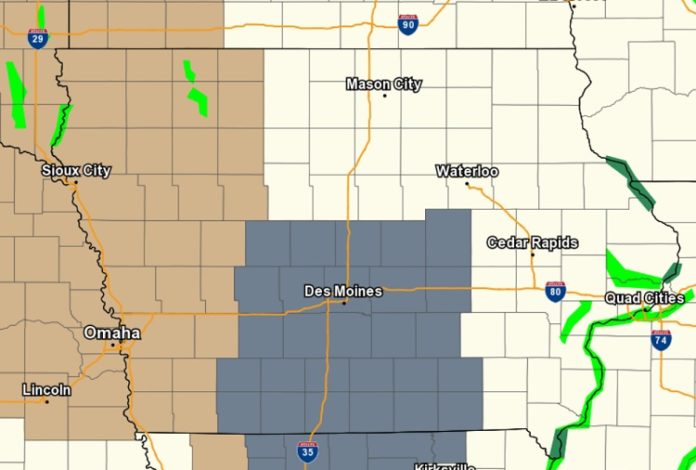 A dense fog advisory until 9 a.m. Saturday has been issued by the National Weather Service (NWS) office for the Perry area. Visibility might be one-half mile or less at times. Conditions should improve around or after sunrise.

Slow down, use low beam headlights and allow for extra distance between vehicles.

Thunderstorms are also likely Saturday morning and into the afternoon hours. A few of these storms may be strong over portions of southern and into eastern Iowa. Hail and damaging wind gusts are the primary threats, the NWS said, although a tornado cannot be ruled out during the afternoon.

Strong winds, with gusts of 35 to 45 mph, are possible into Saturday night.