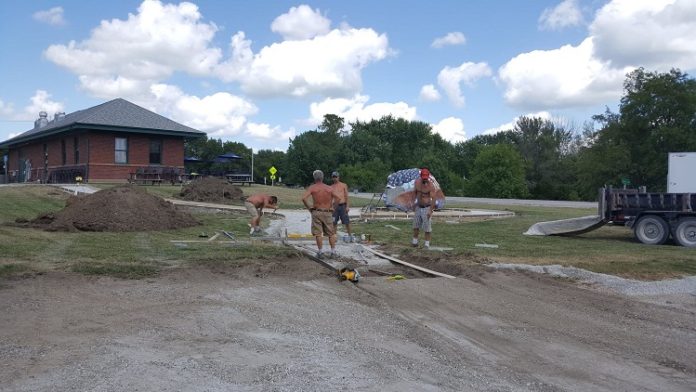 MINBURN, Iowa — A concrete walkway is under construction around the Dallas County Freedom Rock by Landals Concrete in Perry.

The walkway was designed to encircle the painted rock, which honors seven U.S. military heroes from World War II, with access paths from north and south of the monument.

The Dallas County Freedom Rock was completed July 21 by Ray “Bubba” Sorensen of Greenfield and has already become a hot spot for social-media moment for patriotic pedalers passing on the Raccoon River Valley Trail.

The American Legion Post 99 of Minburn sponsored the Dallas County Freedom Rock. Post Commander Don Richardson said a dedication of the memorial rock will be held once walkways are installed and a flagpole is erected.

Landscaping fundraising will occur Wednesday afternoon and evening in Waukee at the Waukee Veterans Hall at 410 Sixth St. in Waukee. 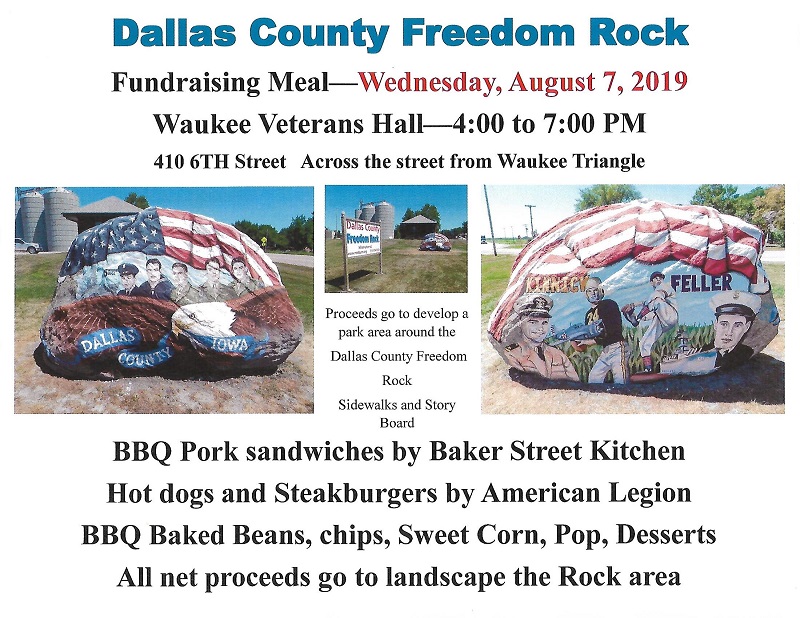 Add a little nature to your walking