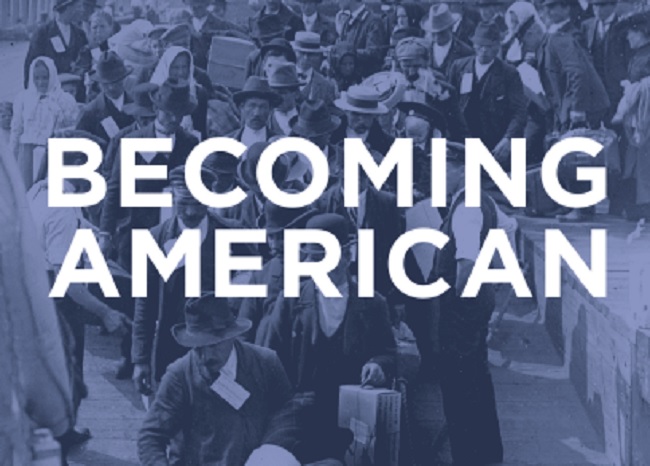 “A Little Salsa on the Prairie” will open the first in Hometown Heritage’s nine-week public programming series called “Becoming American: A Documentary Film and Discussion Series on Our Immigration Experience.”

“A Little Salsa on the Prairie” tracks the changes in Perry that began in the 1990s, when a wave of Latin American immigrants came to work in the local slaughterhouse.

The seven-film series features documentary screenings and scholar-led discussions designed to encourage an informed discussion of immigration issues against the backdrop of our immigration history and the current political climate.

The series is open and free to all members of the community. The programs will be held at different venues in Perry and Des Moines. The programming series will follow the following schedule:

• Thursday, Sept. 6,  6-8 p.m.
“A Little Salsa on the Prairie” – Screening and community discussion at La Poste in Perry

• Tuesday, Sept. 18, 5:15 to 7:15 p.m.
“Becoming American: A Century of Immigration” – Screening and community discussion at the State Historical Museum in Des Moines

• Monday, Oct. 8, 5:30 to 7:30 p.m.
“Becoming American: Between Two Worlds” – Screening and community discussion at the Sussman Theater on the campus of Drake University in Des Moines

• Sunday, Oct. 28, 4:30 to 6:30 p.m.
“Becoming American: Family and Community” – Screening and community discussion at the Grand Theater in Perry

Hometown Heritage is one of 32 sites nationwide to host this program series, which is made possible by a major grant from the National Endowment for the Humanities called Exploring the Human Endeavor.

“Becoming American” is a project of City Lore in collaboration with the Immigration and Ethnic History Society and the International Coalition of Sites of Conscience. Founded in 1986, City Lore’s mission is to foster America’s living cultural heritage through education and public programs.

The Immigration and Ethnic History Society promotes the study of immigration history through scholarly publications and education outreach, focusing on migration to North America and the ethnic groups that developed as a result.

The International Coalition of Sites of Conscience is the only worldwide network of historic sites, museums and memory initiatives dedicated to remembering past struggles and addressing their contemporary legacies. 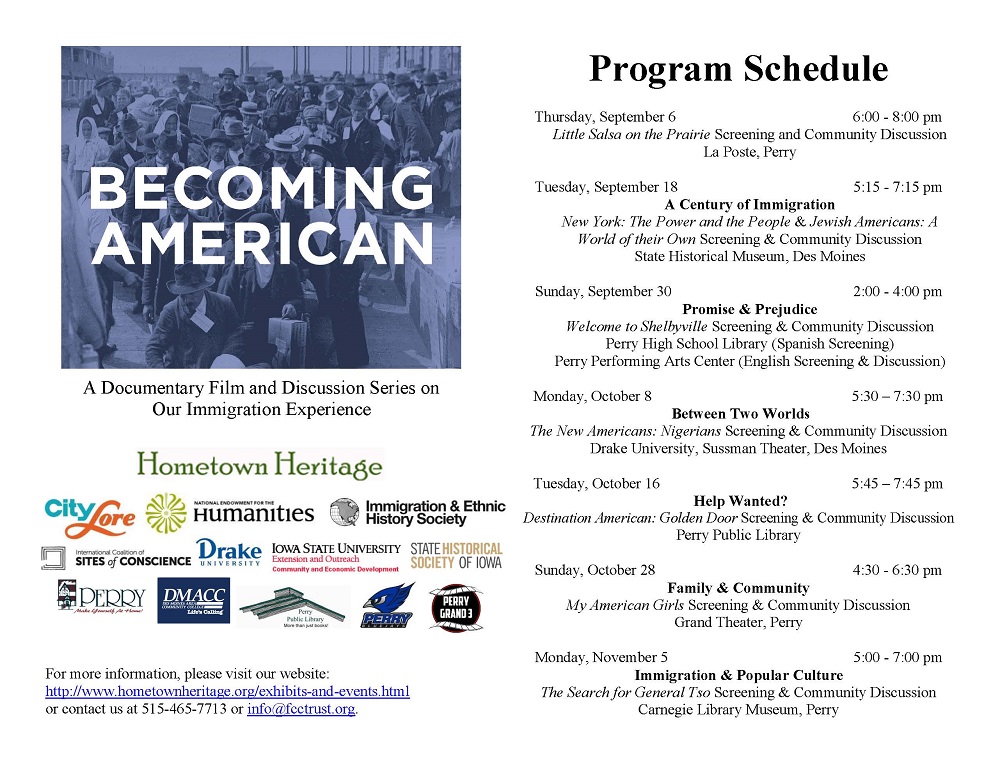 Larry Lyon stands for Dallas County Board of Supervisors