The office of the Dallas County Auditor issued the following notice Aug. 23, 2016:

Sample ballots are included with this notice. You must vote at the location you reside in.

Any voter who is physically unable to enter a polling place has the right to vote in the voter’s vehicle. For further information, please contact the Dallas County Auditor’s Office by telephone at 515-993-6914, by TTY at 711+515-993-6914 or by email at dcauditor@dallascountyiowa.gov.

Public testing of the voting equipment will begin Friday, Sept. 2, 2016. This test will be conducted at the Dallas County elections office at 210 N. 10th St., Adel, Iowa.

Testing will begin at 1 p.m. and continue until completed.

This notice is given by order of the Dallas County Commissioner of Elections on this 23rd day of August, 2016. 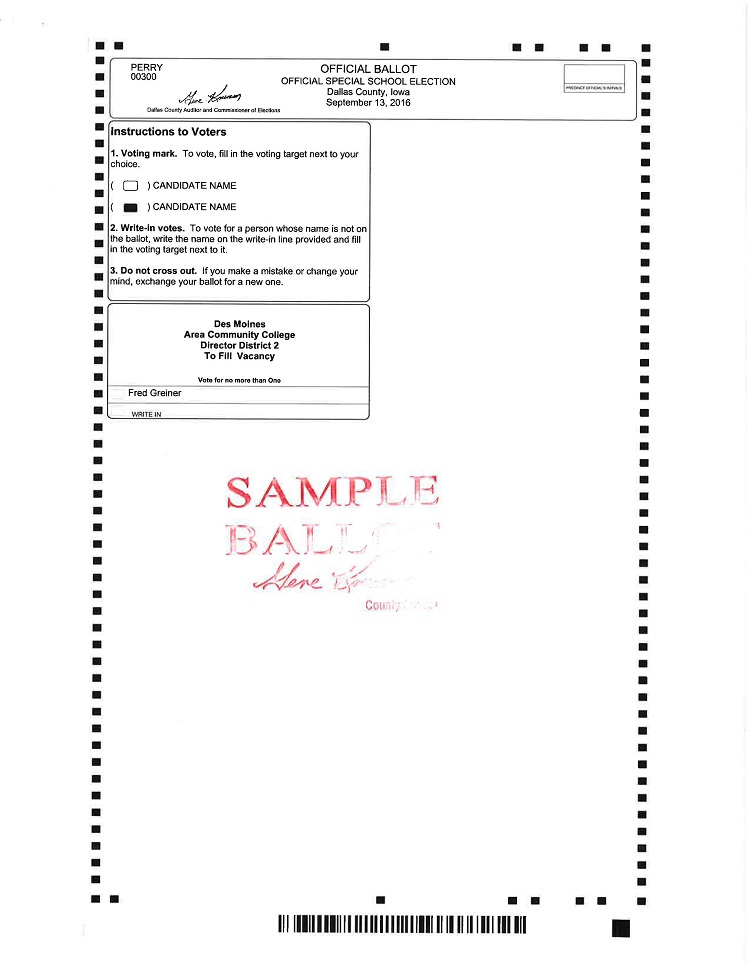