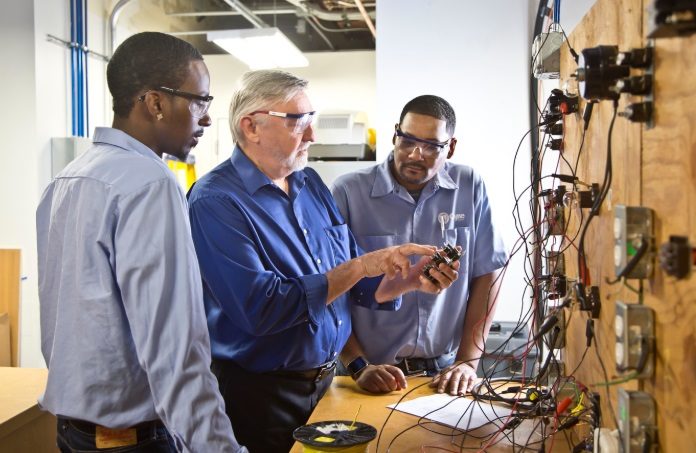 So now we’re throwing in the law-and-order thing as well as the typical arguments for obeisance and conformity.

Stated simply, Mr. Pape, I have no disrespect for military people and veterans, but I have no more respect for them than I do for anyone else.

Besides, you folks keep missing the point each and every time I try to make it. I do not begrudge anyone the choice of going into the military or trade school provided that is what they really want to do.

The point that I have been trying to make about half a dozen times now is that trade schools and the military are not the preferred choices of every young person out there. That those seem to be the only options for the underprivileged and underfunded is my beef.

Those who would really rather do something else do indeed have to settle for training for a vocation they’re likely overqualified for and might find little satisfaction in doing. If they want to go further, they need to sacrifice several years of their lives at the very least — or die at the very worst — just to have the same opportunities as those whose families have deeper pockets.

Like I said, I’ve tried repeatedly to make my point clearly and succinctly but no matter how I pitch the ball, you all keep swinging and missing. You can like or not like it, but the poor kids don’t have the options and opportunities we had 50 years ago.

Kudos for your progeny who have followed their dreams, but you still don’t seem to understand that the dreams of many young people die for lack of adequate opportunities after high school. Dude, not everyone wants to work on a job welding, plumbing, framing homes and what have you, and not everyone is cut out for the military either.

As for moral fiber and well-grounded character, the military has no monopoly on providing those things.

Letter to the editor: Vouchers will harm our public schools

Letter to the editor: Chapman weaponizes constitution against women

Letter to the editor: Long may hotel stand! reader says

Letter to the editor: Mankind is slow-growing tween